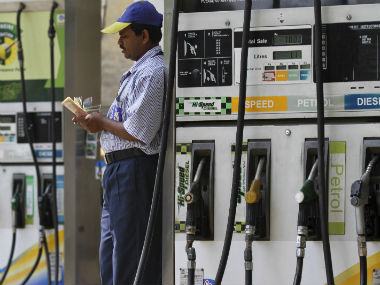 Union Minister and senior BJP leader Nitin Gadkari is known for his pragmatism as much as much as he is loved for his project execution skills. That is why jaws dropped collectively when he made a case for not reducing taxes on petroleum products on the specious ground that it would ground several of the welfare and infrastructure projects of the government. But his colleague, the one who is closer to ground zero, Union Oil Minister Dharmendra Pradhan has not been mincing words. He has been an ardent votary of petroleum products being brought under the Goods and Services Tax (GST) which in his perception would bring down the oil prices to half. Another person equally closer to ground zero, Maharashtra Chief Minister Devendra Fadnavis too has come out openly in support of fuel being brought under the GST so as to provide a lasting solution to the vexed problem of climbing fuel prices for consumers.

The windfall tax proposed on the little oil produced in the country should be thrown out of the nearest window. It is the surest way to kill fresh investments in the oil exploration business the country so badly needs.

It is wrong to ascribe windfall status to the extra revenue earned by domestic producers on the back of rising international prices just as it would be wrong to impose windfall tax on life-saving drugs. Both would drive away fresh investments in crucial areas. To a passerby, if a ripe mango is blown away by the wind and falls on the ground that is windfall but not when international crude price breach the arbitrary figure of $70 per barrel. Be that as it may.Bringing petroleum products under GST brooks no delay. All that it requires is convening of the GST Council meeting immediately. To be sure, our GST Council functioning like the World Trade Organisation (WTO) is often stymied by the need for unanimity to pass a resolution. Unanimity is as cruel as its other extreme, veto power. But Finance Minister Piyush Goyal should nevertheless convene the GST Council meeting and dare the Opposition. Let the obstructors and obfuscators be exposed. Petroleum products can no longer be milch cows for the government.