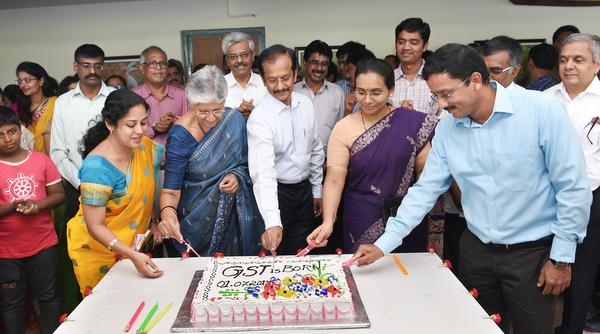 A FEDERAL form of government is a balancing act between the centripetal force of an integrated economy and monetary union and the centrifugal force of preserving the ethnic and regional identities. India has a quasi-federal constitution with many centralising economic institutions, such as the former Planning Commission, the Finance Commission, foreign trade policy, the Union government controlling all the major and elastic tax sources, and many more.

Regional parties say that goods and services tax (GST) is also a centralising force and that it was thrust by the Union government on the States, although it is an outcome of more than two decades of deliberations by the Union and State governments on a value added tax system for commodity taxation in the country. Nevertheless, as GST is implemented in its entirety across the country, the data we may get will enhance our understanding and quantification of the interdependence of State economies in India, which will rewrite the nature of federal finance in the years to come.

State contributionsThe contributions of States to the national economy are calculated through the gross state domestic product (GSDP). The GSDP of each State is an estimate, which is calibrated to add up to the national GDP and does not move too much away from the time trend. In the federal finance context, some larger State economies argue that their contribution to the Union tax revenue is larger and hence they should get a commensurate share in the Union tax revenue.

Given the unified income tax administration, it is difficult to calculate the geographically distributed income tax base. This was true of excise duty until the introduction of GST. Now, vital information on the geographical distribution of production and consumption patterns through GST revenue figures will be available. This new information will not only change the estimate of GSDP but will help quantify better the regional contribution to the national exchequer.

With the introduction of GST, the Government of India gave a new set of codes for accounting revenue from the new tax.

Value added tax is calculated using input tax credit (ITC). Briefly, ITC is a method where the tax paid on the inputs is given credit while paying the tax on the output. Suppose a trader buys a commodity for Rs.10 with 12 per cent GST (6 per cent CGST and 6 per cent SGST); it means she would have paid Re.0.60 towards CGST and Re.0.60 towards SGST. Now, assuming she sells the commodity for Rs.11 with 12 per cent GST, she would collect Rs.1.32 as GST, of which Re.0.66 would go to CGST and Re.0.66 to SGST. As she had already paid Re. 0.60 CGST and SGST respectively during purchase, she will be given credit and will have to pay only Re.0.06 towards CGST and SGST respectively.

The ITC works differently in inter-State supplies of goods and services. In an inter-State supply, when a dealer from, say, Tamil Nadu gets a product from a dealer/producer from Andhra Pradesh (A.P.), the dealer in A.P. will collect Integrated GST (IGST) and remit it to the tax authorities in A.P. and it will go to the Union pool. As this is an inter-State supply, the A.P. government will not get its SGST share. The dealer in Tamil Nadu, on second sale of product, will collect the GST and claim ITC from both CGST and SGST against the IGST paid on input. Now the Tamil Nadu government will show the ITC given against IGST and claim SGST share from IGST revenue. This is called cross-utilisation between SGST and IGST and the revenue is accounted under the minor head 105.

When a consumer directly imports a commodity, as is done in online trade, for instance, from a trader in another State, the SGST part of IGST will go to the importing State. This is called “apportionment of IGST to SGST” and the revenue thus realised is accounted under the minor head 106.

The accounting under the IGST head is seemingly the mirror image of these two, but under different codes. Under the SGST head, minor head 105 is transfer from IGST to SGST, whereas the same is under minor head 106 in the IGST head. Similarly, 106 under SGST is the same as 953 under IGST.

We can also get information about the State from where the commodity was exported and the value addition in the course of production in various other States. Similarly, we can also calculate the value of exports of a State from the collection of IGST from the State. The value of imports and exports and the direction of such trades will show, on one hand, the extent of interdependence of States and on the other, the exact tax base in each State, as GST is a consumption tax.

This tax base is a better indicator of relative contribution of a State to income tax because of the high correlation between income and taxable consumption. Do we have the necessary information? GST was introduced from July 1, 2017, and the revised estimate of the State Budgets for the 2017-18 fiscal year should contain this revenue as per the codes described earlier. To our dismay, not all State budgets have given the revised estimates for 2017-18. Many States have given only the aggregate SGST and IGST revenue collection without the detailed minor heads. There appears to be some confusion in accounting the revenue receipts under various heads. Many States have accounted a huge amount of revenue, up to 80 per cent of the revenue under the minor head 500, which indicates receipts awaiting transfer to other minor heads.

Further, some States have shown substantial revenue under minor heads 105 and 106 in SGST and others have shown similar revenue under codes 106 and 953 of IGST. Therefore, it is quite difficult to calculate the actual revenue under IGST that was used for ITC in SGST, and which could reasonably be construed as signifying the value of imports of taxable commodities. With scanty information in this regard, we cannot make any meaningful estimate of the value of imports.

For example, the Tamil Nadu budget documents show an aggregate of Rs.7,414 crore in both 106 and 953 in the IGST account. If this could be construed as the tax revenue from the imported taxable commodities for consumption in Tamil Nadu, and the average tax rate is assumed to be 10 per cent, then Tamil Nadu has imported commodities worth Rs.74,140 crore, which is about 5 per cent of the GSDP. In the current fiscal, the revenue expected under this head is Rs.12,683 crore and the corresponding value of imports 7 per cent of the GSDP.

Similarly, the GST Council, through data gathered by the GST Network, the IT backbone of the GST system, should have data on the origin of IGST and its destination as well. This database should be made public so that we can have some estimates of both imports and exports of a State and thereby estimate the interdependence of States.

Therefore, as GST gets stabilised and more data are gathered, we will have authentic numbers on the geographical tax base, from which we can map the direction of trade between States. This will surely add to our understanding of both interdependence of States and relative contributions of States towards the national exchequer. That would, in turn, create new evidence to argue for more equitable distribution of the Union government’s shareable tax revenue among States.