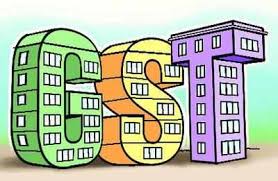 Nagpur: The GST collection from the Centre’s side in Nagpur zone from July 1, 2017 to March 31, 2018, has been higher by Rs485 crore as compared to central excise and service tax collected during the same period a year before.
The Goods and Service Tax (GST) was introduced from July 1 last year. If the central excise and service tax collected for similar eight month period during the previous regime is considered, the GST collections have been on the upper side.

According to latest figures released by the department, CGST, IGST and cess collected from July 2017 to March 2018 stand at Rs7,950 crore. This includes an IGST collection of Rs2,660 crore.

The central excise and service tax collection for the same period last year was at Rs6,135 crore. With this, GST which has gone to the Centre kitty is higher by Rs485 crore as compared to what was collected through central taxes like central excise and sales tax earlier.

“The central excise and service tax collection for the entire previous fiscal was Rs9,200 crore. However, if the eight month period is compared the GST collections have been higher,” said principal chief commissioner of central GST, AK Pandey.

The department is also holding a special refund drive from May 31 to June 16. Earlier the drive was to be held till June 14 which has been extended by two more days. Pandey said refunds to the tune of Rs88.96 crore have been granted till June 13.

This can be due to lack of awareness also. There are possibilities that the a number of applicants for refunds may have not filed the returns. Returns have to be filed for claiming a refund, said the officer.