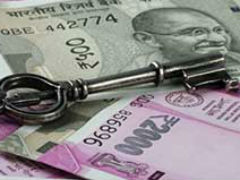 What happens when two units of the Authorities of Advance Ruling (AAR) hold divergent views on whether cess can be transitional under Goods and Services Tax (GST)? Confusion reigns, for sure.

While the Andhra Pradesh AAR declined to comment on the issue, the Maharashtra AAR ruled that the Krishi Kalyan Cess (KKC) credit cannot be transitioned.

Experts believe that to avoid such situations, the GST Act should be amended to prescribe cases where transitional credit would be available; they want a national authority on such matters to ensure common rulings on such matters.

Vizag-based Sind Resources had petitioned the Andhra Pradesh AAR seeking an advance ruling on “whether input tax credit is available on Clean Environment (Energy) Cess paid at the time of coal import”. The company said it had a stock of 13,000 tonnes of coal, of which 4,000 tonnes were imported.

The company paid ₹16 lakh as cess and took credit, filing TRANS-1 (form for transitional credit). It wanted to know if this was permissible. The State AAR said the issue was beyond its jurisdiction and rejected the application.

However, when Kansai Nerolac Paints approached the Maharashtra AAR for an advance ruling on whether “accumulated credit by way of KKC… will be considered as admissible input tax-credit”, it got a negative answer.

Echoing this sentiment, Anita Rastogi, Indirect Tax Partner with PwC, said divergent rulings on the same issue created confusion, rather than giving clarity. “Before the rulings are issued, a Central team should review the findings so there is alignment across the country,” she felt.

GST has subsumed 17 types of taxes and 26 cesses from both the Centre and the States. There is provision to provide tax credit on stocks prior to July 1; this is called transitional credit. But much of the credit of Education cess, Secondary Higher Education cess, Krishi Kalyan cess has been claimed as transitional credit, which is not allowed under the CGST law. Even the primers released by the Central Board of Indirect Taxes and Customs (CBIC) mentioned that cesses such as the KKC will not be transitional.

However, Section 140 of the CGST is yet to be amended to prescribe that “credit of cesses may be specifically excluded from the list of eligible duties”; this has forced companies to seek rulings on the issue at appropriate forums.

The GST Council had, at its January 18 meeting, approved an amendment, but it was not introduced during the Budget Session. The hope is that the government will move a bill during the Monsoon session.

Rastogi said the underlying legislation should be clear so that companies take the correct legal approach. “The act should spell this out in a manner so that there is no confusion in the minds of the taxpayer. If this needs an amendment of the act, it should be done,” she said.