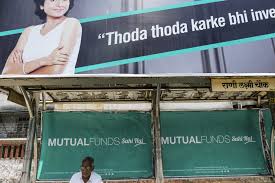 A year into implementation, the Goods and Services Tax has not delivered on the promised formalisation of the economy as yet, British brokerage HSBC said today in its report. The glitches in the ‘one-nation-one-tax’ regime has increased the demand for cash, the report said.

“The GST regime was originally associated with formality. But so far, in our view, it has not been able to live up to that promise. It has not brought down the demand for cash which has, in fact, only gone up,” the report said.

The report, however, said over the long-term, the GST would lead to more formalisation of the economy.

The GST was implemented from July 1, 2017, and since then it has undergone multiple changes, including lowering of tax rates of many items and an increase in the number of cesses and the levy rate.

In the short-run, the glitches in the framework, including delays in tax refunds, teething issues with the new information technology network and higher tax rates for services have led to an increase in the cash-based activity, the report said.

“Cash in circulation is rising above trend, but not because rural India is faring better, rather it is due to a revival in the ‘informal’ sectors, thanks to the continued remonetisation,” the report said.

In April, Finance Minister Arun Jaitley had claimed that the GST and note ban had led to an increased formalisation of the economy and also cited that 1 crore new income tax returns were filed in 2017-18.

The report said usually rural wages are the key driver of cash demand, but that relationship is broken for now.

“As much as 70 percent of rural India, whose main source of income is wages, may not be doing too well at present. As such, growing of cash in circulation should be tempered. But, instead, the cash-to-GDP ratio has shot up since mid-financial year 2017-18,” the report said.

The report, however, said once the GST settles down, the e-way bill system matures and refunds are expedited with improvement in I-T systems, tax evasions would fall and the recent rise in informality would diminish gradually.