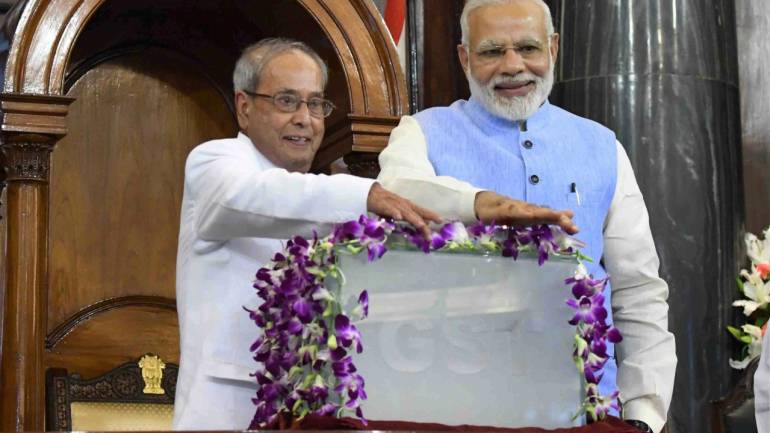 The repeated rate revisions were emblematic of the rough edges that needed continual ironing; GST has also not knocked up prices as feared, with retail inflation averaging less than 5% in the last 12 months

India’s biggest indirect tax overhaul since independence became a reality a year back, after a decade of debates and discussions, albeit with some teething troubles that continue to exist.

India’s business landscape saw a complete makeover with the introduction of the ‘one nation one tax’ regime that promised to remove the cascading effect of ‘tax on tax’, reducing the overall prices of most of the items.

In addition, the compliance rate and the monthly revenue collection remained a concern for the government in the first few months of its implementation.

It also turned out to be the economy’s biggest disruptor, with criticism pouring over the hasty implementation, hurting especially the small businesses. Protests over relatively high rates on certain daily-use commodities forced the government to announce tax cuts on close to 300 items within just four months of its implementation, to soothe small traders hit by GST-related disruptions. Currently, only 50 items remain in the highest tax slab of 28 percent.

The Indian economy also felt the pangs of GST evidently. Manufacturing witnessed a slowdown, as companies and traders had emptied inventories to carry over as little old stock as possible into July, triggering an unexpected mid-year pre-GST “sale” season on many products at heavy price markdowns. This large-scale inventory clearance had caused an economy-wide slowdown, pulling down overall Gross Domestic Product (GDP) growth to a 13-quarter low of 5.7 percent in the quarter-ended June during 2017-18.

However, growth raced faster in the last quarter of 2017-18 to grow at 7.7 percent as companies shrugged off the inventory disruptions.

Despite the initial hiccups, the tax reform as a whole was welcomed by the industry, as the Council ironed-out major issues in 27 meetings over one year.

Launched at a midnight event in Parliament’s central hall on June 30, 2017, GST is billed as the country’s one of the most ambitious reforms to make tax administration more efficient, bring in transparency, remove red tape.

It was introduced to turn India into a common national market by removing fiscal barriers among states and consolidating a patchwork of 17 local and central duties such as value added tax, central excise, special additional duties, cesses, and service tax into a single levy.

In fact, one of the significant achievements of the government was that GST rates did not fuel inflation, as feared. Countries such as Australia, Malaysia, Singapore had witnessed an inflationary impact in the short-term after the implementation of GST.

According to the Economic Survey 2017-18, authored by Chief Economic Adviser Arvind Subramanian, a preliminary analysis has indicated that there has been a 50 percent increase in the number of indirect taxpayers, besides a large increase in voluntary registrations, especially by small enterprises that buy from large enterprises and want to avail ITC, deductions for taxes already paid.

The second year of the GST may witness an addition of more items under its ambit. Currently, alcohol, real estate, and petroleum products such as natural gas, aviation turbine fuel (ATF), crude oil, petrol, diesel among others are taxed in accordance with the pre-GST tax regime, till the highest decision-making panel in the new taxation system – the GST Council – chooses to include them.

In fact, discussions regarding the inclusion of natural gas and ATF under GST have already begun.

Under the existing structure, the fuels attract the Centre’s excise duty and a state’s value-added tax. Both these and all other levies will get subsumed under GST if they were brought under its ambit.

There is also a scope for reducing the number of items from the 28 percent tax slab, but it will completely depend on the revenue position of the Centre and the states.

E-way or electronic-way bill that was rolled out on April 1, 2018, aims to plug revenue leakages. The government is also banking on the implementation of some more anti-evasion measures such as the new single return filing system and reverse charge mechanism to boost revenues, increasing compliance and preventing leakages.