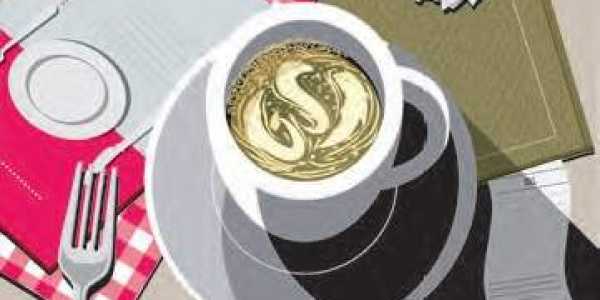 New Delhi: The efficiency of India’s anti-profiteering mechanism is on test as wide-ranging GST rate cuts announced earlier this month percolate into the Indian economy. On 21 July, the goods and services tax (GST) on washing machines, small televisions and air conditioners, as well as other goods, was reduced from 28% to 18%. However, it remains to be seen whether manufacturers pass on the full benefit to customers or retain some of it as their profit.

The National Anti-profiteering Authority (NAA), which was formed precisely to check such behaviour, however has a flaw—it usually takes up cases on the basis of customer complaints and has limited manpower to monitor price behaviour.

As such, many items are out of the authority’s radar as consumers do not bother to complain in the case of low-value, mass-use items, as compensating each of them is not possible and hence not envisaged in law, said a government official who spoke on condition of anonymity.

The limited mandate of the authority and the liberty businesses have in quoting increased costs of production for not reducing prices also come in the way of an immediate, commensurate price reduction when GST rates are reduced. Making sure consumers benefit from tax cuts could prove to be a challenge for the government, which is sacrificing revenue at a time it needs resources to help it announce higher support price for winter crops and also for the health insurance scheme for the poor.

“NAA is not a price regulator. It cannot collect samples from the market and issue an order asking companies to cut prices. Nor can it offer incentives to get information on profiteering or go about creating awareness. It is just an adjudicating authority,” said the official quoted above, who is familiar with the working of NAA. The authority’s task is to decide whether businesses have passed on tax benefits to the final consumer.

On many items, businesses have not fully passed on the benefit of last November’s tax cuts, especially on 178 classes of products that were shifted from 28% to 18%, said the official.

As on 13 March 2018, on 10 cases involving 54 complainants, the directorate general of safeguards, the investigating agency that assists NAA, has issued notices commencing investigation, according to information given by the finance ministry in Parliament in March. So far, NAA has passed six orders on complaints. Businesses and consumers are free to contest these in courts.

Identifying affected consumers to compensate becomes easier in the case of high-value items as transaction records will be available, said the person quoted above. “Remitting the money recovered from the guilty firm in the Consumer Welfare Fund is only a fall-back option when consumers can’t be identified,” said the person.

Ensuring that tax cuts are passed on to consumers is critical for the government, which is trying to improve ease of living and make the indirect tax reform, which temporarily disrupted the economic growth, more acceptable to people.

Union minister Arun Jaitley said in a Facebook post on Friday that since the roll-out of GST in July 2017, the GST Council has lowered tax rates on 384 commodities and 68 services at a total loss of ₹70,000 crore to the exchequer.

“NAA is not intended in law to be a price regulator and therefore, cannot proactively chase businesses to enforce price cuts. The law against profiteering is not settled yet and there are no clear guidelines. The pricing strategy of businesses takes into account various factors including tax rates and margins across products apart from market considerations,” said Bipin Sapra, a partner at consulting firm EY.

Some businesses, in the meanwhile, announced price cuts in view of the latest tax cuts. Johnson and Johnson Pvt. Ltd said on Sunday that it welcomed the tax exemption on sanitary napkins and has passed on the benefit to consumers.

“Anti-profiteering provisions are envisaged only for the first two years of GST implementation. We are not in an era of price control. Healthy competition in the market is the long-term solution to ensure that businesses pass on the benefit of tax rate reductions and increased (tax) credit availability to consumers,” said R. Muralidharan, senior director at Deloitte India.