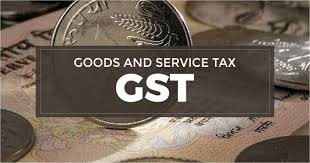 At present, around 49 countries use a single GST rate, 28 use two rates and four countries, including India, have more

The Goods and Services Tax Council might replace the 12 per cent and 18 per cent slabs with a 14-15 per cent one, said Bihar Deputy Chief Minister Sushil Modi on Thursday.

While addressing a seminar on the GST, organised by the Institute of Chartered Accountants of India, Modi said this slab rationalisation was likely to be taken up only after the GST collections have reached Rs 1 trillion. Experts claim this might take nine months to a year to reach this target.

This would reduce the number of GST rates to four. Also, the GST rates of items such as refrigerators, washing machines, small television sets, and paint and varnish could go down further after they were cut from 28 per cent to 18 per cent recently.

Except for April, the GST has never yielded revenue of Rs 1 trillion.

This was also an aberration since arrears of the previous months were paid. In July, Rs 964.83 billion was collected, against Rs 956.1 billion in June and Rs 940 billion in May.

“Pruning the number of GST rate slabs is definitely a good idea. But I don’t foresee that happening in the next nine to 12 months till the tax collections consistently reach the desired Rs 1-trillion-per-month target,” said Harpreet Singh, partner at KPMG.At present, around 49 countries use a single GST rate, 28 use two rates and four countries including India have more rates.