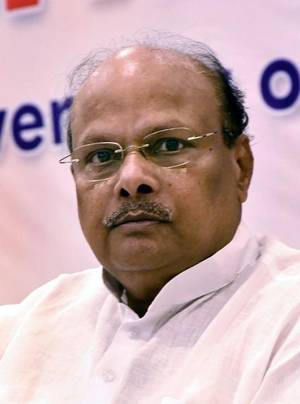 It is not engaged in business activity’

Finance Minister Yanamala Ramakrishnudu has written a letter to the Chairman of the GST Council, seeking exemption to the Tirumala Tirupati Devasthanams (TTD) from the levy of the Goods and Services Tax (GST) as it is a religious trust managing the world-renowned temple of Lord Venkateswara and is not engaged in any business activity.

“The TTD’s main objective is to spread the Hindu Dharma, and provide services to the devotees is a part of the objective,” Mr. Ramakrishnudu said in the letter. “Levy of tax on the amounts received by the TTD for rendering services or sale of goods, is not justified,” he pointed out.

“The TTD utilises the surplus amounts for charitable purposes such as running educational institutions and hospitals,” the Minister said, and requested that it be exempted from obtaining registration and payment of GST by issuing a suitable notification under Section 23(2) of the Central and State GST Acts. Mr. Ramakrishnudu also sought exemption from levy of GST on the goods sold by the Girijan Cooperative Corporation (GCC) and the primary marketing cooperative societies affiliated to it.

“The exemption of the minor forest produce of the tribal communities, which is sold by the GCC, from the GST will serve as an encouragement to them,” he said.

The Minister also requested the GST Council to issue a notification exempting liquor licence fee from GST with retrospective effect.

He also urged the Council to come clear on whether the extra-neutral alcohol, or potable alcohol, falls under the category of ‘Alcoholic liquor for human consumption’ for the sake of levying GST, or exempt it.