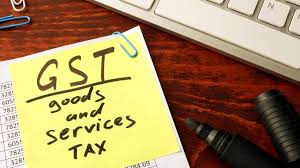 Though, NMC’s Transport Committee Chairman Bunty Kukde claimed that the dispute has been resolved, there was no official confirmation from the India unit of the Swedish Company.

The first “green bus” project in the country, started at the instance of Union Transport Minister Nitin Gadkari here on December 6, 2016, has run into rough weather with a GST dispute arising between the operator, Scania India, and the Nagpur Municipal Corporation (NMC).

Though, NMC’s Transport Committee Chairman Bunty Kukde claimed that the dispute has been resolved, there was no official confirmation from the India unit of the Swedish Company.

The dispute had stalled the payment of dues worth about Rs 9 crore to the company by the NMC. Two months ago, the company had sent a letter to the NMC, stating that it will withdraw the bus services from August 12. “The company has contended that its dues should include 18 per cent GST as well. We have told it that GST is not applicable to the service since it is a stage carriage (transport with stoppages) meant for common public and not a contract carriage or tourist service. Two days ago, there was a meeting between Jonathan Glad, CEO of special purpose vehicle Sustainable Transport Solutions (STS) and Gadkari. The Union minister assured the company that all its dues will be paid. Hopefully, the bus service will continue uninterrupted,” Kukde told The Indian Express.

However, an official from the NMC said: “GST is not applicable and hence the company has been assured it won’t have to pay the tax amount of about Rs 1.50 crore and that the NMC will give a written undertaking for the responsibility for non-application of GST. We will pay the dues pending upto March worth Rs 7.25 crore. The company will now take a call and let us know about it.”

The STS is currently operating 25 fully air-conditioned city buses running fully on ethanol as fuel. The buses, however, are scarcely used by passengers and are generally seen running empty. Only about 1.5 lakh of the city’s 30 lakh population uses the city bus transport. The 350-odd regular red buses are preferred by commuters since they charge only Rs 8-10 for the journey for which the green bus would charge upto Rs 35. For Gadkari, however, the green bus is a prestige issue since it had been launched as his pet project. Kukde said: “Our attempt will be to reduce the green bus ticket charges so that more people will use them.”