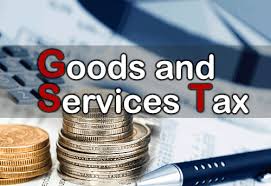 The Automotive Component Manufacturers Association of India (ACMA) on Monday said that there should be a rationalisation of Goods and Services Tax (GST) and it should be uniform because high tax rate has made it difficult to eradicate grey operations in the after-market.

Currently 60 per cent of auto components attract 18 per cent rate, but the remaining 40 per cent attract 28 per cent and these are largely components for two-wheelers and tractors — the most price sensitive segments of the market, it said.

“One of the key demands of the industry has been a uniform 18 per cent GST rate across auto component sector. The high rate has led to flourishing grey operations in the after-market. A benign rate of 18 per cent will not only ensure better compliance, but will also ensure a larger tax base,” Nirmal Minda, President, ACMA, told reporters here.

He said considering the significant technological changes that the industry is undergoing, there is a critical need for creating a fund to support indigenous R&D and technology creation in the component industry as also for technology acquisition from other parts of the world.

“Lastly, as we prepare for the introduction of electric mobility in the country, a well defined, technology agnostic road-map with clear responsibilities of each stakeholder will go a long way in ensuring a smooth roll out as also leading to creation of a local supply base for the same,” he added.

Meanwhile, ACMA said the turnover of the component industry in 2017-18 stood at ₹3.45 lakh crore, a growth of 18 per cent as compared with 2.92 lakh crore in the corresponding year.

“The year gone by witnessed an upswing in the overall performance of the vehicle industry, despite it facing several regulatory challenges. The component industry, in tandem, posted an encouraging performance with significant growth,” Vinnie Mehta, Director-General, ACMA, said.