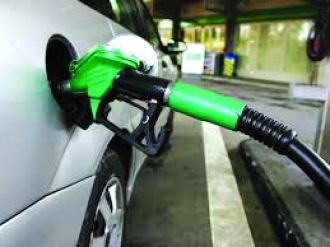 Replying to a debate in Parliament on July 20, 2018, during the no-confidence motion against his Government, Prime Minister Narendra Modigave a comprehensive account of the various schemes, reform measures and achievements during the last four years of his stint. A prominent reform measure listed by Modi was the Goods and Services Tax (GST) launched on July 1, 2017.

Dwelling on the contentious issue of five hydrocarbon products: Natural gas, crude oil, petrol, diesel and aviation turbine fuel, he opined that under the UPA, these products were excluded under their version of the Constitution (Amendment) Bill, 2010. If that Bill were to be enacted into a law, there would have been no possibility to include them in the near future. On the other hand, in the law enacted by the present Government, these have been included.

Under the erstwhile dispensation, the economy was not only burdened with high rates (excise duty, VAT, service tax and over a dozen other local taxes), they also had a cascading effect (tax-on-tax). For instance, nearly 50 per cent of the retail price of petrol and diesel were accounted for by taxes alone. With their inclusion under the GST, one had expected a substantial dilution of the tax component, thereby leading to corresponding reduction in price. But that did not happened because these products are ‘zero’ rated. What it means is that taxation for these products continues to be governed by laws of the erstwhile dispensation. In other words, it is business as usual even as industries bear the brunt of all the ills germane to that regime which this path-breaking reform (GST) was intended to get rid off.

So, what has changed? And on what basis does team Modi claim that GST has brought substantial improvement in the way these products are to be treated? The difference is that unlike the UPA version of the law, which would have continued with a levy of ED/VAT/service tax (besides local taxes) ad infinitum, henceforth, these levies will be replaced by the GST. But when will this happen? This decision vests with the GST Council — the body created vide the amendment Act — which will determine the date of transition to rating under the GST and the category under which each of these products will be put for levy of tax. Prima facie, this may appear to be a better scenario, compared to ‘no hope’ offered by the UPA regime but from all available indications, there is a long road ahead.

Even before the launch of the GST, Union Finance Minister Arun Jaitley, who is also the chairman of the Council, had opined that the inclusion of natural gas into the ambit of GST would be taken up for consideration in its 18th meeting held just before its launch. Since then, it has been more than a year and the wait is only getting longer.

Revenue to States from levy of sales tax/VAT on natural gas is a pittance which stands at Rs 6,000 crore (2016-17) as against taxes on petrol, diesel and aviation turbine fuel that fetch a whopping Rs 166,000 crore. If there is so much of dilly-dallying with regard to taxing the former under GST, one can imagine the intensity of resistance that States will mount to make the transition in the case of the latter.

The crux of the matter is that States, who are used to mountain revenue garnered from high VAT, as also bonanza from tax-on-tax (nearly one-third of their revenue comes by way of VAT on excise duty), are simply not in a mood to let it go. This, despite full compensation promised to them for any loss of revenue vis-à-vis the 14 per cent guaranteed growth over 2016-17 level.  Even the Union Government may be having vested interest in continuing with status quo as its revenue from levies on petroleum products is huge. During 2015-16 to 2017-18, it collected Rs 650,000 crore — a major chunk came from excise duty on petrol and diesel. During the current year, the collection (including road and infrastructure cess on petrol and diesel) is projected at Rs 258,000 crore.

In this backdrop and given that the Council takes all decisions by consensus, it is most unlikely that it will give a green signal for a switch-over. Even if these products were to be brought under the highest slab of 28 per cent (which is illogical and untenable as by any stretch of imagination, these cannot be treated as luxury/de-merit products), this itself would be a steep reduction from the current high level of 45-50 per cent. Hence, status quo is inevitable.

In a bid to prevent erosion in revenue, the Council may allow States to retain power to levy some tariff/duty (under some other nomenclature, if not VAT) in addition to GST (this idea has already found place in its deliberations on the subject). If it happens, this will not only militate against the basics of the new tax regime but will also undermine its efficacy.

The continuation of ED/VAT or their reincarnation in some other form on petroleum products is out of sync with the underlying philosophy of GST. The former must go for the latter to be meaningful and effective. But that sounds like a day-dream. To conclude, the inclusion of oil and gas products in the Constitution Amendment Act has not made any material difference to the situation on ground, except that it has generated some hope, besides giving some brownie points to team Modi in its ongoing 20:20 match with the grand old party