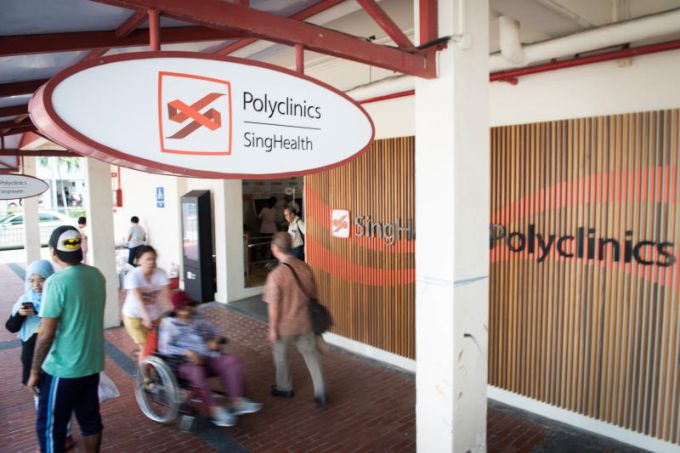 Given long-term nature of schemes unveiled by PM, costs will be borne across generations

For taxpayers and consumers, even though taxes would have to go up, the pain would be spread out as many of the macro policies will be carried out over years and decades.

Among the moves unveiled by Prime Minister Lee Hsien Loong at the rally were the new Merdeka Generation Package (MGP) to help those born in the 1950s with healthcare costs and plans for redevelopment and additional upgrading of public housing.

Said SIM Global Education senior lecturer Tan Khay Boon: “With higher spending, raising revenues through taxes seems inevitable and taxes such as GST (goods and services tax), ‘sin tax’ or income tax may be set to increase in the future to provide the additional revenue.”

DBS economist Irvin Seah sees the initiatives as part of a trend, against the backdrop of an ageing population, where “there has been good reason for special transfers… but this takes a toll on the fiscal position.”

He added that the debate over whether to raise the Net Investment Returns Contribution (NIRC) might even resurface. The NIRC – which supplements the annual Budget – is made up of net investment returns and income on assets invested by GIC, MAS and Temasek, and from past reserves from the remaining assets. Mr Seah said that with a heavier financial burden on future generations, it is important to ensure that economic growth can be sustained to fund this.

OCBC economist Selena Ling suggests the previously-announced future GST hike as a possible source of funding for the Merdeka Generation Package. The MGP benefits Singaporeans born in the 1950s, most of whom have left the workforce or will soon be retiring, and have health concerns. The Government will help them with outpatient subsidies, Medisave top-ups, MediShield Life premium subsidies and payouts for long-term care.

Sharing Ms Ling’s view of possible revenue sources are Maybank Kim Eng economists Chua Hak Bin and Lee Ju Ye, who think the MGP package “could cost north of S$6 billion” and will be a major item in Budget 2019.

CIMB Private Bank economist Song Seng Wun too cites the upcoming GST hike, and also the e-commerce tax as additional funding sources, adding that the government has proven “fiscal sustainability is the backbone” of its policies.

UOB economist Francis Tan is similarly not too concerned as spending will be “spread out over a very very long term” and the cost will be borne across generations. The newly-announced Home Improvement Programme II, for instance, is only due to start in a decade’s time and will upgrade flats when they are around 60 to 70 years old.

“I thought it was very timely of the Prime Minister to address medium to long-term issues like healthcare and housing, beyond the immediate cost-of-living matters,” said OCBC’s Ms Ling.

UOB’s Mr Tan cheered how the speech “gives a lot of visibility to the people” regarding the long term, reassuring them about their future in Singapore and perhaps reducing the prospect of emigration.

Furthermore, ambitious development plans such as the Southern Waterfront and continued efforts to intensify land use – both of which featured in Sunday’s speech – are “hints of a future increase in the population”, he observed.

This vision should reassure corporates that they “don’t have to fear a tight labour market full of the aged”, and can expect a vibrant economy fuelled by more people living, working and playing here. “And this will give you the necessary tax base for your revenue,” he added.

But with the Pioneer Generation Package, and now the Merdeka Generation Package, economists caution that younger cohorts may expect similar packages. SIM’s Dr Tan said: “It is likely to create an expectation of similar handouts among the people, the next age group being those who are born in 1960s.”

The government might have to manage public expectations on this issue, said Ms Ling: “It would not be fiscally prudent to assume that there would be more such generous healthcare handouts in future.”

Mr Song noted that government moves to improve healthcare financing should weaken the case to further such subsidies: “The whole point is to reduce the need for it.”