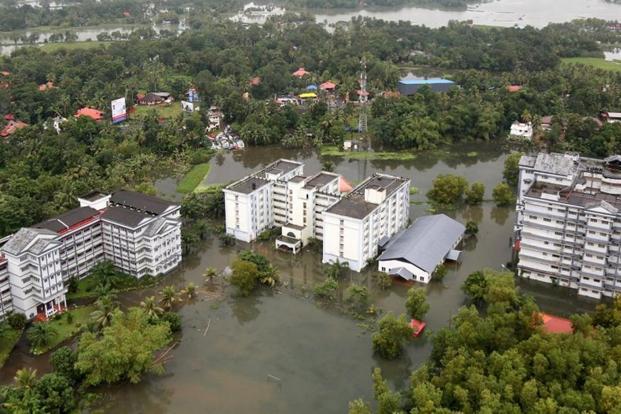 Alappuzha: The Kerala government will ask the goods and services tax (GST) council to abandon the uniform tax structure of the indirect tax regime. Kerala, which faced the worst floods in a century, will seek support from other states to get a free hand in setting tax rates or levy a cess over GST rates to raise emergency funds during natural calamities, the state’s finance minister, Thomas Isaac, said.

In an interview on Wednesday, Isaac said Kerala has no choice but to levy a cess on the state component of GST (SGST) as an emergency measure to meet the huge costs of rebuilding the state once the floodwaters recede.

The Union government has sanctioned ₹600 crore to Kerala as relief, while the state’s initial estimate of damage was much higher at ₹19,512 crore. “The extent of damages to roads cannot be assessed now. The damage estimate of ₹20,000-25,000 crore is a tentative figure,” the minister said.

“One of the main criticisms of GST was that it was straitjacketed. There should be some flexibility vis-à-vis SGST. That is what I am trying to assert. I am going to write to every state finance minister that in contingencies such as this, states must be allowed to have a cess on SGST, which will not affect inter-state trade or income of the centre,” said Isaac.

The GST council had earlier considered a sugar cess to help pay off the dues to sugar cane farmers. However, the higher minimum support price for sugar approved by the Union cabinet in June had helped sugar mills to reduce the dues.

Isaac said that SGST, the tax collected by states on intra-state supplies, should be a band within which states should have the flexibility to set the tax rate depending on revenue considerations, rather than it being a uniform rate across the country.

“In fact, they (GST council) were even thinking of a constitutional change. Let Kerala calamity be the occasion for a major change in the structure of GST in India, which will give more flexibility to states,” said Isaac.

The necessity of constitutional or legislative changes may depend on the manner in which extra tax flexibility is given to states to mobilize revenue.

Experts said the Goods and Services Tax (Compensation to States) Act, 2017, which is the basis for the cess on luxury goods, the proceeds of which are used to make up for the states’ revenue loss under the new indirect tax regime, could be amended to accommodate a calamity cess.

“My view always has been that SGST should be within a band so that the state government can tweak it in circumstances such as this. If a state government has no need for extra revenue, it can reduce it,” Isaac said. “That does not affect anybody else in India. The resistance is purely ideological, springing from a notion of India, which is highly centralized and which does not accept the federal polity.”

However, some experts said that it might be a better idea for states to raise extra resources, which are not connected to GST.

“Revenue mobilization measures such as a calamity fund unlinked to GST could be explored. It is undesirable to have cesses introduced in GST as that will be against the GST architecture and could set a precedent, which would make GST very complex,” said M.S. Mani, partner, Deloitte India.

The unprecedented floods have impacted Kerala’s economy, which is reliant on tourism, agriculture and fishing, besides remittances from non-resident Keralites.

The GST council has so far been very responsive to the needs of states and industry in taking quick decisions. The diversity in state economies and income levels of taxpayers had led to a more complex tax structure under GST than originally envisaged. Policymakers have defended this ,saying a diverse country such as India cannot have a tax system similar to that of Singapore.