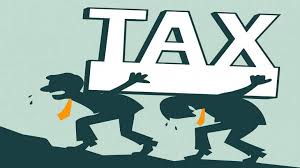 The Orissa High Court has directed investigating authorities not to take coercive action against importers on the issue of availing advance authorisation licences under GST regime, said Abhishek Rastogi, counsel from the side of importers.

Earlier, importers had approached various courts over restrictions imposed for availing advance authorisation licences. The change in condition has led to the directorate of revenue intelligence (DRI) issuing notices to exporters. The case will come up for hearing in Madras HC on Friday. The Central Board of Indirect Taxes and Customs (CBIC) had inserted a clause of “pre-import” for exempting imports done on advance authorisation licences from integrated goods and services tax (IGST).

These licences are issued to allow duty-free import of inputs, which are physically incorporated in export product. The clause meant that imports done after exports would not be allowed to avail exemptions from IGST.

However, advance authorisation is generally used for importing goods after exports are made, as against the pre-import condition imposed by the CBIC, argued Abhishek Rastogi.