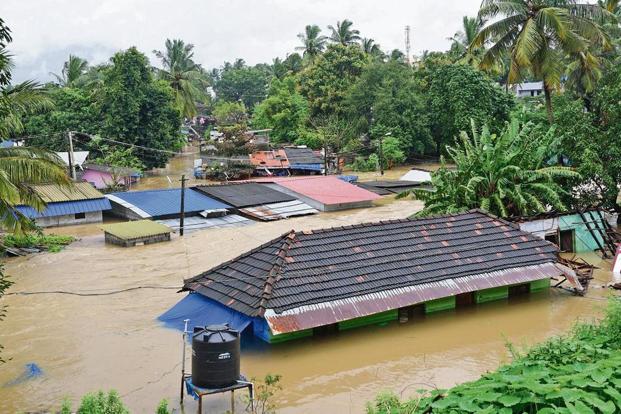 Kerala wants a 10% cess on SGST or state GST, which it says will not affect other states or the central government.

New Delhi: Federal indirect tax body, the Goods and Services Tax (GST) Council, will decide on Kerala government’s move to levy a cess on the state’s share of goods and service tax (GST) depending on whether the attorney general (AG) backs it. The state’s move to levy a cess under the constitutional provisions needs the attorney general’s endorsement as the legality of levying cess in the GST regime is disputed in courts, an official said on condition of anonymity.

Kerala’s move could result in the first instance of a state imposing a levy to raise funds to deal with a natural calamity in the new indirect tax regime that envisages uniform tax rates for goods and services across the nation.

The Constitution allows states to levy taxes to raise funds and deal with incidents like natural calamities. Article 279A empowers the GST Council to recommend to states and the union government “any special rate or rates for a specified period, to raise additional resources during any natural calamity or disaster.” A special provision in the Constitution—article 246 A– also empowers every state legislature to make laws with respect to goods and services tax.

“A proposal from a state to levy a special tax or a cess has to be discussed in the GST Council. A decision will be guided by these constitutional provisions subject to the attorney general’s views on legality of a cess,” said the official quoted above.

The cess levied on luxury goods and items like tobacco, which are kept in the 28% slab, is disputed in courts on the ground that there is no legal basis for it. The central government uses the proceeds from this cess to compensate states for their revenue loss in the first five years of GST implementation. The central government’s obligation to compensate states is backed by the GST (Compensation to States) Act, although the means for doing it—the cess—is challenged in courts.

The attorney general’s views on the matter was sought recently when the central government wanted to impose a cess on sugar to raise funds for clearing sugar mill dues to sugar cane farmers. The attorney general views are still awaited.

Kerala wants a 10% cess on SGST or state GST, which it says will not affect other states or the central government. Kerala finance minister Thomas Isaac told Mint in an interview on 22 August that Kerala has no choice but to levy a cess on SGST as an emergency measure to meet the huge costs of rebuilding the state once the floodwaters recede. Kerala kept its demand for the cess limited to SGST as it did not want the rest of the nation to bear the additional tax. This also makes a decision on it easier.

Isaac is also keen that states are allowed to levy SGST within a band so that they are able to calibrate the tax rates depending on their revenue requirement. The Constitution provides for it if recommended by the GST Council.