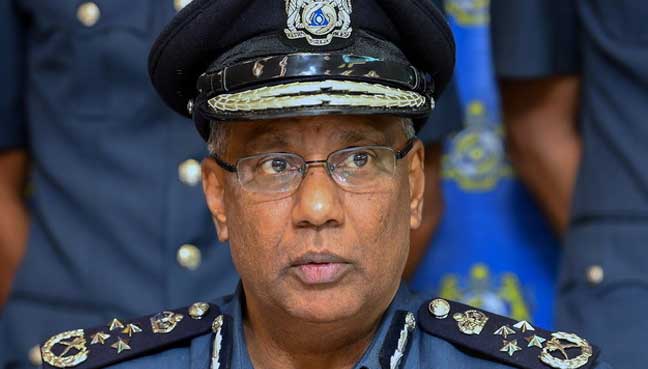 PUTRAJAYA: Customs director-general T Subromaniam today explained why prices were higher under the goods and services tax (GST), saying some traders had taken advantage of the “slow” refunds to raise prices by incorporating the 6% tax.

“This is what happened with GST but it won’t happen with the sales and services tax (SST),” he said. This was because the SST was a single-stage tax which involved a smaller number of businesses, he added.

He said with the GST, prices should have been lower compared to the SST. The problem, he added, was with implementation.

“We can’t control all 472,000 businesses. What happened was that some input the tax, leading to higher prices.

“With the SST, only an estimated 80,000 businesses are expected to be involved. The rest are out of the tax net, so the compliance costs will be lower. Hopefully this will help bring down the costs,” he said at a media briefing on the SST at the finance ministry today.

On compliance costs, Subromaniam said SST reporting was once every two months and required no specialised hardware or software. Neither were small businesses required to engage consultants, he added.

He also said retailers would not need to collect the tax from the people as it was a single-stage tax unlike the GST.

According to Subromaniam, the SST only affects 38% of goods measured under the Consumer Price Index, compared to 60% taxed by the GST.

He said new items subject to the SST include computers and smartphones, as well as big-ticket items like water skis, yachts, private jets and golf sets.

Commenting on the “slow” GST refunds, Finance Minister Lim Guan Eng said this was what happened when “dishonest” people were in charge.

“They didn’t keep their promise to refund the businesses, even after two years, so the businesses input the costs in their price,” he said.

He added however that while the problem boiled down to the person in charge, the nature of the GST itself was complicated and came with administrative costs.

Lim previously said that the government faced a shortfall of RM19.25 billion as there was only RM148.6 million in the GST refunds trust account when there should have been RM19.4 billion.

This was confirmed by Subromaniam, who said the department had requested at the monthly trust account committee meetings for the transfer of RM82.9 billion into the account. He added that only RM63.5 billion was banked in.

Lim also said the 0%, 5% and 10% tax rates would remain although some items which are subject to the tax may be taxed at a lower rate, except in the case of luxury items.

The SST will come into effect on Sept 1 following a three-month tax holiday after the GST was zero-rated in June.

The SST will see items subject to a 0%, 5% or 10% tax while services will be subject to a 6% tax. The government has said that with the SST, more items will be tax exempt compared to the GST.

The SST replaces the now-abolished 6% GST introduced by the previous administration in 2015.