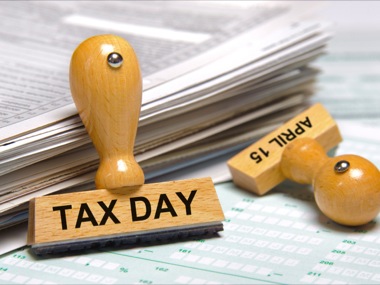 Income tax law is replete with the tax deduction at source (TDS) provisions so much so that it accounts for more than 25 percent of the income tax collections for the exchequer. A bulk of it comes from the salaried class whose tax liability is practically met through TDS. The other major mode of income tax payment i.e. advance tax does not bother the salaried class because TDS from salary is the actual tax and not a mere ad hoc deduction insofar as is the case with other incomes.

TDS serves two purposes—collect the tax as it is earned and foil tax evasion. When tax howsoever small is deducted at source, the person comes under the tax authorities’ radar. He cannot remain impervious to the payment of the balance amount of tax if any now that the tax authorities know about him and will hound him till he complies. Much the same is sought to be achieved by the GST authorities with TDS.

As it is, the following entities are required to deduct tax at source from the payments for goods or services:
• A department or an establishment of the Central Government or State Government; or
• Local authority; or
• Governmental agencies; or
• Such persons or category of persons as may be notified by the Government under which residuary category the following persons have been notified:

• An authority or a board or any other body which has been set up by Parliament or a State Legislature or by a government, with 51 percent equity ( control) owned by the government.
• A society established by the Central or any State Government or a Local Authority and the society is registered under the Societies Registration Act, 1860.
• Public sector undertakings

It is clear that to start with the government has not cast the TDS net for GST far and wide. Instead, it has, by and large, confined it to government and instrumentalities of governments. The TDS rate is 2 percent on the value of goods or services supplied ignoring GST. And there is an exemption from TDS requirement for the value of contract not exceeding Rs 2,50,000. There is one more exemption— no deduction of Tax is required when the location of supplier and place of supply is different from the State of the registration of the recipient.

There were about 15.5 lac assessees who had registered themselves under the GST compounding scheme as of November 2017. Dealers with turnover not exceeding Rs 1.5 crore are eligible for registration under this scheme. They need to pay just a 1 percent tax irrespective of whether the goods they are dealing in attracts 18 percent or 28 percent for that matter. Should they be pitted against the government or its above-mentioned instrumentalities, their payments would be whittled down by 2 percent TDS.

One wonders why the government has not co-opted the listed companies in the private sector under the GST TDS regime given the fact that they too have the wherewithal to function as governments’ tax collector. Perhaps it might follow soon.