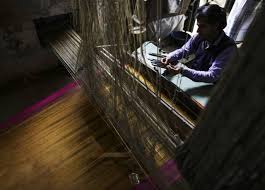 The Central Board of Indirect Taxes and Customs will daily monitor the grievances of the Ministry of Micro, Small and Medium Enterprises relating to Goods and Service Tax as a part of its efforts to resolve issues being faced by small businesses in the tax regime.

The CBIC decided to set up a Feedback and Action Room under the Directorate General of the GST to record and process all grievances raised by MSMEs, an official said.

“The FAR would comprise officers from Delhi and NCR. They would compile a master record of all grievances at various stages of resolution, and send a summary report to the board on daily basis,” an official told PTI.

Prime Minister Narendra Modi had on Nov. 2 launched a slew of measures for the MSME sector, including faster sanction of loans and easier compliance with environmental rules. Also, GST-registered MSMEs will get a two percent subvention or subsidy on a new loan or incremental loan of up to Rs 1 crore.

The MSME sector constitutes a network of over 63 million units and employs 111 million people, contributing around 30 percent to the GDP. It accounts for about 45 percent of manufacturing output and around 40 percent to total exports.