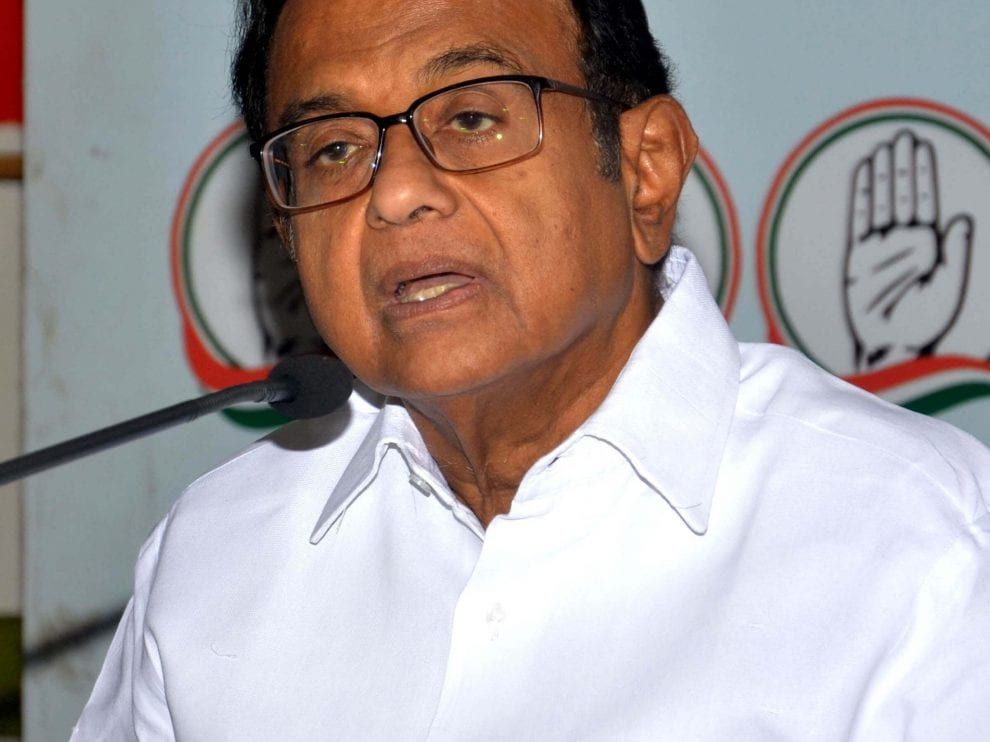 GUWAHATI : Terming the existing the Goods & Services Tax (GST) as fake one, former Union finance minister P.Chidambaram on Friday assured that the Congress will redesign the GST if it comes to come at the Centre in 2019.

“The GST that was mooted during the erstwhile UPA regime at the Centre was true GST. The GST rolled out by the present NDA regime is a fake one. The current GST is an enormous and complex tax burden on tax payers. We will redesign the GST if comes to power in 2019,” Chidambaram, a senior member in Rajya Sabha from Congress told reporters here on Friday morning.
Expressing serious concern over the ongoing tussle between the Centre and Reserve Bank of India (RBI) as unprecedented in the country’s history Chidambaram alleged that the present BJP regime is all out to use money in reserve (Rs 1 lakh crore) of the RBI to increase its spending ahead of the next year’s general elections.

“The present regime at the Centre not only wants profit of the RBI but also becomes greedy of Rs 1 lakh crore which in the reserve of the central bank of India. No government ever used the money in reserve of the RBI. In case the Centre uses the RBI’s reserve money it will have a catastrophic consequences in India’s economy,” Chidambaram said.

He said the Central government is after the RBI’s reserve since the former did not get a pie from its much-hyped demonetization drive after a large portion of the money in the market returned back to the banks. Chidambaram said that the BJP government has started treating the RBI as a “limited company.”

“The RBI has board of directors but that cannot be compared to with any private or public company. The board does have the operative power. In a central bank of any country the governor is the supreme and takes the final decision on any monetary policy. But the Centre is now undermining the role and status of the RBI governor and trying to take a resolution by the board to transfer the central bank’s reserve money for the government’s spending. Under such circumstances the RBI governor will either have to follow the Centre’s move or resign. In both situations the development will have catastrophic and disaster consequences on the country’s economy,” Chidambaram said.

The former Union finance minister said impact of use of the RBI’s reserve money will be more disastrous than the demonetization drive.
Chidambaram who was in the city to take part in the Congress’s consultation meeting to prepare the party’s manifesto for the 2019 LOk Sabha polls, said the BJP in its fag end of five-yeas’ regime has resurrected the Hindutva agenda. He pointing out that Prime Minister Narendra Modi had himself on August 15, 2014, appealed to the people to put a moratorium of 10 years on all issues that were divisive and controversial.

“Today, that appeal has been forgotten and the BJP — from the prime minister to the chief ministers, ministers and party functionaries to ‘pracharaks’ to supporters — has embraced Hindutva and has reopened every issue that is divisive, controversial and polarising,” he said. Chidambaram said the Congress was implacably opposed to the BJP not because of being a rival party.

“The opposition to BJP is because its vision of India is majoritarian, insular, exclusionary, discriminatory, oppressive and illiberal,” he said.