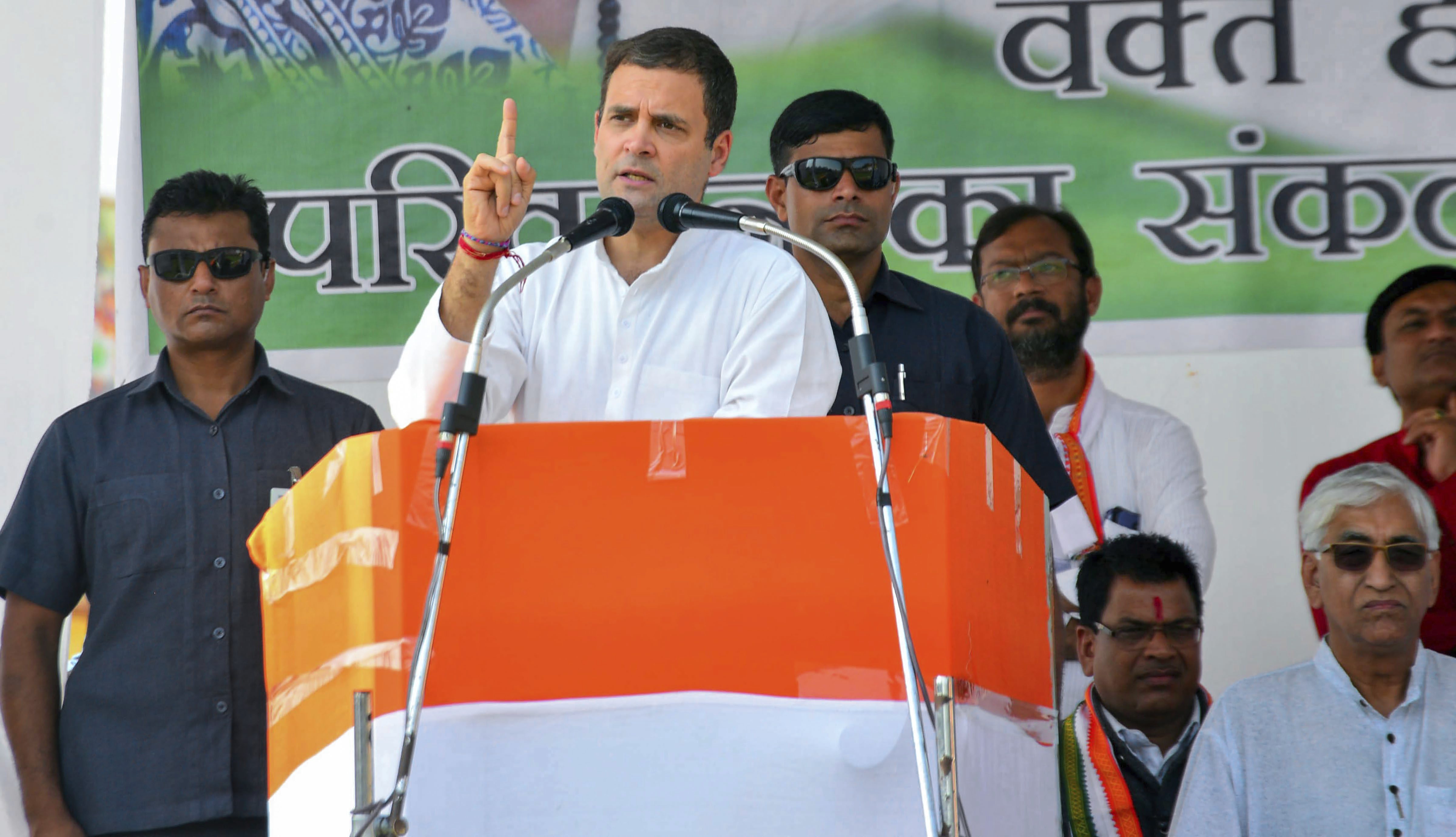 In a scathing attack on Prime Minister Narendra Modi, Congress President Rahul Gandhi on Friday said the Goods and Service Tax (GST) and demonetisation caused a huge loss to the economy.

Speaking at election rallies in Kanker and Rajnandgaon in poll-bound Chhattisgarh, Gandhi also accused the government of using the Maoist issue to divert attention from corruption and unemployment.

“Modiji is talking about Naxalites in his Bastar rally. But he is silent over corruption and unemployment,” Gandhi said.

Taking a jibe at Modi, Rahul said: “Before the Lok Sabha election, he (Modi) had promised Rs 15 lakh to every citizen and employment to 2 crore youth. But after the election, he asked the people to pick up the broom and start cleaning.”

Gandhi said that through demonetisation, the Modi government had tried to snatch money from the poor.

“As much as the damage Narendra Modi has done with (demonetisation) and Gabbar Singh Tax (GST), no one else has caused such a huge loss in the history of India,” Gandhi said.

He also attacked Modi for destroying policies related to protecting tribal land and not implementing the Land Acquisition Act properly.

Chhattisgarh Chief Minister Raman Singh and Modi promised jobs. But today nearly 60,000 posts of teachers and 13,000 of lecturers are vacant and 3,000 tribal schools had been shut down in the state, Gandhi said.

The Congress President promised that if his party was voted to power in Chhattisgarh, the party will ensure that the government vacancies were filled up.

He promised that Chhattisgarh farmers would get the Minimum Support Price (MSP) of Rs 2,500 for paddy and bonus would be given to the farmers — something the BJP had not done over the last two years.

And a Congress government would cancel farmers’ loans “within 10 days”.