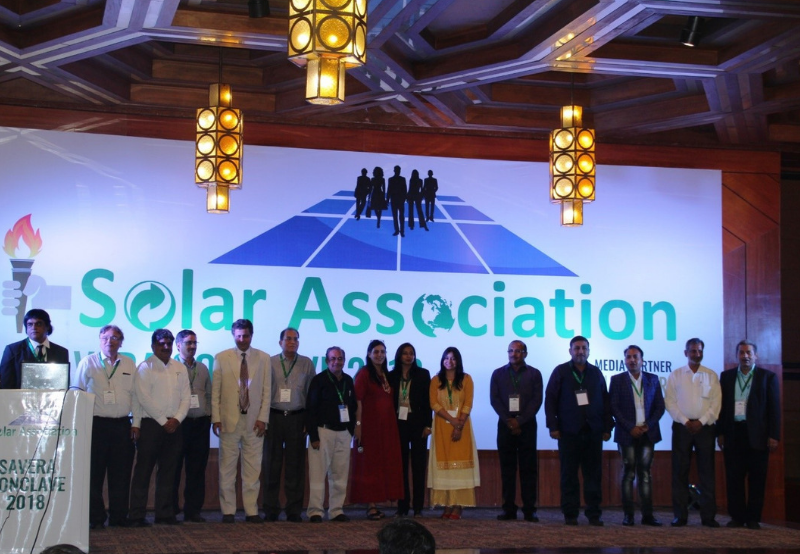 Many rooftop developers shying away from subsidy-based projects, focussing on industrial customers

The Solar Association recently organised a conference in the national capital to discuss issues related to the Indian solar sector. The discussion ranged from the current trends and common pain points such as GST, and safeguard duty to commercial and technical issues ailing the sectors.

Discussing the ongoing ambiguities related to applicable GST rates on solar components, Sachin Agarwal of Godrej Electricals & Electronics said, “Solar projects once installed become immovable properties. Therefore, it should come under the 18 percent slab of GST. But it is in contradiction with the chapter 84-85 of the Act, which says that solar power generating assets come under 5 percent slab.”

Explaining further, Agarwal said, “It is to be understood that for material supply, you give ‘purchase order’ which attracts the rate of 5 percent. But to integrate the components, the order comes under ‘works contract’, which falls under 18 percent.”

He added, “A similar problem was faced by the textiles industry. But the government added a clause to reduce the rate from 12 percent to 5 percent. As a solar association, we have already sent the representation and asked the GST Council to clarify if it wants to put it under works contract, or put solar power generating system in chapter 84-85. We need clear regulations.”

“The issues of forex exchange, interest rate volatility and the likes negatively impact the solar market.  Though these things are not under government control, things like the certainty of policies, for example the rate of GST, are under government’s control. Everything else in the sector is in the negative direction, be it safeguard duty, lending rates, lower tariffs etc. These are affecting the profitability”, said a solar developer on the condition of anonymity.

Mercom has been extensively reporting on the GST ambiguity as to how the industry is living with uncertainty of whether the rate of 5 percent or 18 percent will be applicable.

The conference also saw discussions about how subsidies are not helping the sector as they should. A sales official from an EPC company said, “The delivery of subsidy, which comes under central financial assistance or state subsidy, is not efficient, mainly because of the policy and structural delays. This is the main reason why many EPC companies and installers have stayed away from subsidy-based projects and only focus on industrial consumers.

Another official from an authorized channel partner concurred with the sentiments adding, “We want to come out from all the government programs. We have learnt from our experience of subsidy program of solar water heater. The volume of capital subsidy was limited and only people with reach and connection with officials got the subsidy. This restricted the growth of the market. Instead of capital subsidy, we should encourage interest-rate subsidy as the capital investment in residential rooftop system is higher. For example, banks should charge only 5 percent for loans to rooftop systems instead of the general rate of 8 percent. Banks should make a deal with the DISCOMs for collateral and not with the individual customers, and in case of default in the payment by the customers to the bank, DISCOMs can take punitive measure by stopping the grid electricity to the customer. Another way to incentivise the residential rooftop is to provide some rebate in income tax.”

Earlier, Mercom wrote about how subsidy disbursement delays are hampering growth of residential rooftop solar in India as many of the rooftop solar developers are not keen on taking up subsidy projects.