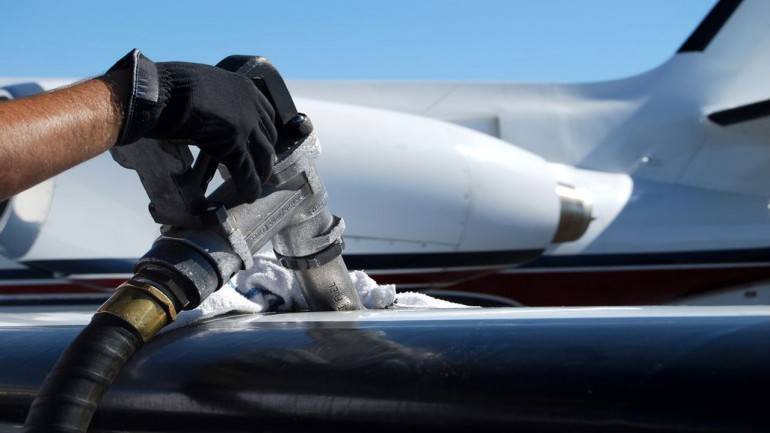 The matter will be taken up in the next GST council meeting, likely in mid-December

The Goods and Services Tax (GST) Council is likely to bring in two petroleum products – natural gas and aviation turbine fuel (ATF) – under the ambit of the new indirect tax system soon.

“Among petroleum products, ATF and natural gas are easier candidates for inclusion under GST. It will be taken up and approved by the (GST) Council as early as possible,” a senior government official told Moneycontrol.

The date of the Council next meeting is yet to be decided, but officials said that it is expected to happen in the middle of December.

The rate at which these two products will be taxed is yet to be finalised, the official said, adding that the decision will be taken by the GST Council.

Discussion regarding inclusion of natural gas and jet fuel was supposed to be taken in the Council meeting in July but was dropped from the agenda.

Currently, five petroleum products – petrol, diesel, crude oil, natural gas and ATF – are excluded from GST. These five items will continue to be taxed in accordance with the pre-GST tax regime, till the highest decision making panel in the new taxation system, the GST Council, chooses to include it.

Under the existing structure, these items attract the Centre’s excise duty and a state’s value added tax (VAT). Both these and all other levies will get subsumed under GST if they were brought under its ambit.

The decision on their inclusion depends on the financial position of the states as revenues from these five petroleum products constitute a substantial chunk of state government finances.

Barring a few, most of the states are incurring revenue shortfall as GST, introduced from July 1, 2017, subsumed a dozen of taxes, introducing single levy, in a bid to simplify taxation system and remove the cascading effect of ‘tax on tax’ in the country.

The Council had decided that states would receive provisional compensation from Centre for loss of revenue due to abolition of taxes such as VAT, octroi after the implementation of new tax system. The compensation would be met through levy of a ‘GST Compensation Cess’ on luxury items and sin goods like tobacco, for the first five years.

The aviation ministry has time and again sought inclusion of the ATF under the GST umbrella as soaring global crude oil prices raised prices of jet fuels, among the biggest costs for an airline. A higher jet fuel cost makes air tickets more expensive, ultimately affecting the customers.

Similarly, natural gas, natural gas is widely used as industrial input by a variety of industries such as steel, fertilizer, chemicals, and cement, among others. The industry has been complaining that unavailability of tax credit is against the basic objective of GST, which is to eliminate cascading impact of taxes.