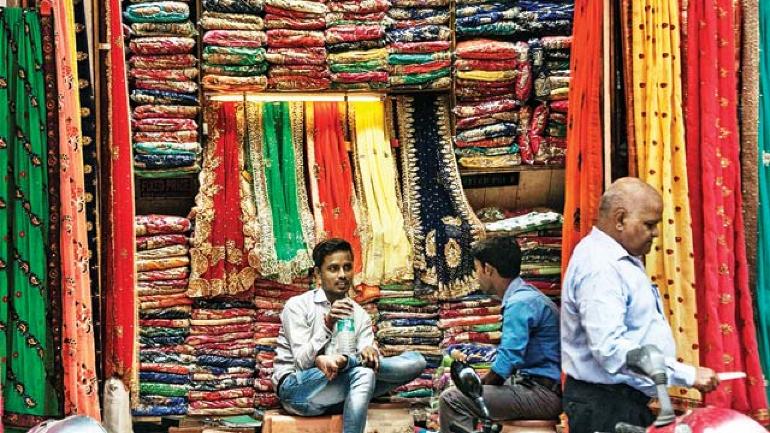 While silk traders from the city slammed the state government for supporting the Centre’s initiatives, gold and jewellery traders lauded the ruling BJP for development in the city, albeit the initial pangs.

Traders from Kota remain divided over two major government initiatives, demonetisation and Goods and Services Tax (GST) something that will dictate how they cast their votes in poll-bound Rajasthan.

While silk traders from the city slammed the state government for supporting the Centre’s initiatives, gold and jewellery traders lauded the ruling BJP for development in the city, albeit the initial pangs.

Speaking to India Today TV, silk traders in Kota said their business was deeply affected by demonetisation and GST.

They said business was thriving until the GST and demonetisation were imposed. Traders said the silk saree trade has lost its lustre since 2016.

Major issues are that the GST imposed on Kota saree, which the illiterate weaver over here has still not understood, used to be exempted by the Government, a trader from Kota’s famous Rampura Bazaar said.

He went on to suggest that the government in the state did not even offer any assurance regarding protection of traders’ interests.

Pankaj Jain, a Kota saree trader, said, “They did not do anything as such for the traders, did not bring in any new scheme and in turn, the business has been going down day by day.”

Other traders from the bazaar revealed that Kota silk industry has been hit hard by demonetisation; one of them added that saree business has shrunk by 30 per cent since government imposed note ban on November 9, 2016.

“After demonetisation, our business has reduced by 30 per cent. There has been a difference of 30 per cent on our business because the businessman who comes, cannot sell (on) credit to unknown man. I would want to tell the government that Kota saree and khadi industry should be exempted, a Kota silk trader said.

Many traders from the area slammed the Vasundhara Raje government for ignoring their interests and subsequently eroding an industry which had high domestic and international demand.

While Kota silk traders slammed the ruling BJP government in the state and Centre, gold and jewellery traders from the city praised the government for development.

When India Today visited the sarafa market in Kota a hotspot for gold and jewellery trade traders said their operations were initially affected by demonetisation and GST, however, adding the situation is fine now.

Surinder Goyal, president, Sarafa Board, said, No. Initially, a bit of difficulty seemed to be there, traders were scared [of GST, demonetisation]. But now these things are not there. And our major demand is that the GST, ranging from 5 per cent and 28 per cent, should be of one kind (under one bracket) so that it becomes a bit easier for us.

Most of the traders who spoke to India Today said sarafa bazaar collectively supports the present government, claiming that work had happened during the tenure of the present dispensation a sharp contrast in comparison to what traders at the Kota silk market said.

“I think, in the beginning, it was a little bit difficult. But now, it is smooth and transparent. We all are really happy and things have become transparent and we are enjoying work a lot now, a Sarafa trader mentioned.

When asked about the mood in the region before the elections, a trader said, This is our right. We will vote so as to be able to choose our preferred government, the MLA that we want.