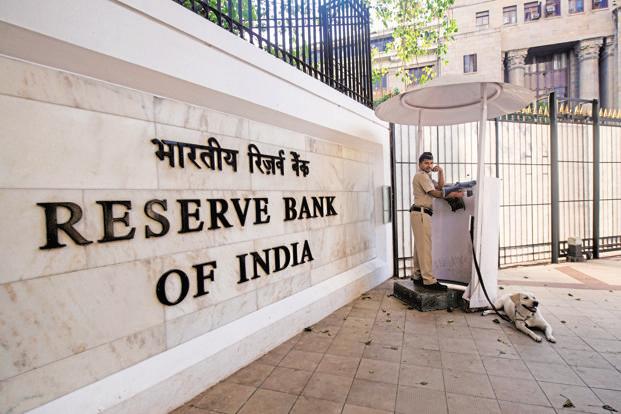 Reserve Bank of India (RBI) governor Urjit Patel has reiterated before a parliamentary panel the central bank’s well-known position that its reserves are “for periods of stress and not for meeting normal needs.” A committee is set to go into the issue of an “economic capital framework” (ECF), or the reserves that the RBI must hold but, in the interim, the debate rages on. The RBI leadership and the government (along with the RBI board members with voting rights) sit on opposite sides of this debate. The delicate balance will play out in the terms of reference and membership of the committee, which will be decided jointly by the government and the RBI.

Theoretical and cross-country experiences suggest that there are many ways to look at ECF. For example, the Bank of Japan transfers its surplus at 5%, Greece at 8%, and Turkey at 12%. In the US, federal reserve banks, which were established by the Congress as the operating arms of the nation’s central banking system, are required by law to transfer net earnings to the US treasury after providing for all necessary expenses of the reserve banks, legally required dividend payments, and maintaining a limited balance in a surplus fund.

Empirical studies undertaken by some experts conclude that the achievement of the objective of price stability has been independent of the magnitude of surplus. Nevertheless, in the aftermath of the global financial crisis of 2008, most of the central banks (in advanced as well as emerging market economies) do make provisions of economic capital.

In case of the RBI, in effect, the entire surplus is transferred to the government after making provisions for two funds—Contingency Fund (CF) and Asset Development Funds (ADF). Though the RBI has a target of 12% (ratio of CF and ADF to total assets), it has not been able to maintain this and currently the ratio is about 7%.

What should be the committee’s approach in the given context? The committee is required to design a framework for economic capital rather than a fixed or rigid formula for surplus transfer. This framework should recognise that the roots of the autonomy of the central bank lie in it having the freedom to manage its balance sheet, not only in good times when it transfers a surplus, but equally in times when it may incur losses. This makes a case for a contingency fund that helps hedge the risk that is ever present, particularly when the balance sheet is exposed to the market.

What is also important is the cash management of the government. There are cases of huge surplus (maintained with RBI as a deposit) or recourse to higher Ways and Means Advances (WMA). For example, the deposit of the government was at a high of ₹94,774 crore as on 30 June 2017 and loans and advances was at a high of ₹55,435 crore as on 30 June 2018. The highest WMA/overdraft (OD) recorded was ₹98,004 crore as on 3 June 2017. WMA and OD have been accumulated over a prolonged period and makes them virtually a new form of borrowing, violating the very idea of providing respite from temporary cash mismatches. Poor cash management of the government has adverse implications for liquidity management and debt management by the RBI. Apart from this, it impacts the asset and liability of the RBI balance sheet and subsequently the RBI income and expenditure and consequently the profit and loss account. The above discussion is critical for the ECF. The surplus transfer framework needs to recognize the dynamic and sometimes wayward cash management of the government.

Another issue is the interim transfer of dividend to the government amounting to ₹10,000 crore during 2017-18 without the accounts being audited and before the finalisation of the profit and loss account. One is not sure whether it is from gross income or from accumulated funds in CF and ADF. There is no doubt that the government is the owner of the RBI and has all claims on the surplus funds, but how could the funds be transferred even before the annual accounts are finalised? The public does not know whether the RBI files quarterly or half-yearly audited accounts. Both the government and the RBI are public institutions handling public policy and such practices are against the principles of transparency and integrity.

The committee on ECF may also look into this aspect as it is a critical aspect relating to transparency and integrity. The cash and debt management committee of the government and the RBI, which meets periodically, should look into the WMA requirements during the quarter and manage the cash flow in a non-disruptive manner. If this exercise is followed in its true spirit, there will be no need for interim dividends, which are an attack on the very idea of a balance sheet.

The committee on ECF should look into the macroeconomic implication and financial market implication of such withdrawals from the accumulated funds for CF and ADF and also Currency and Gold Revaluation Accounts. Any reduction in the liability side of the RBI by a possible withdrawal needs equivalent adjustment on the assets side. This monetary operation has to be transparent. Any off-market operation has the colour of non-transparency and will raise questions on the integrity of the central bank. It may be mentioned that reduction in the asset side by selling these assets in the market will have an impact on the liquidity (both rupee and dollar) and thus on monetary management.

In essence, the issue of surplus transfer takes into its sweep not just accounts but the entire gamut of issues related to a transparent monetary and fiscal interface.the billion press