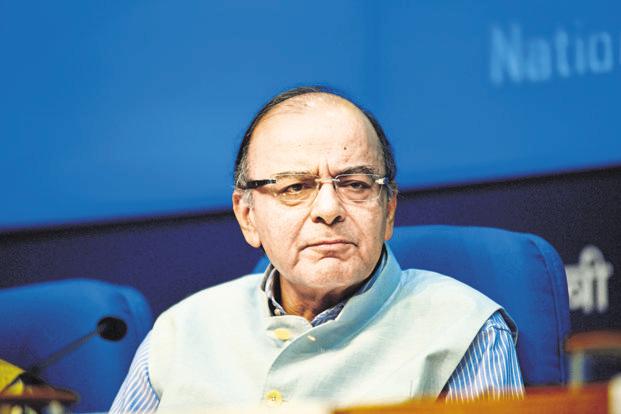 Says roadmap is to work towards single standard rate

Finance Minister Arun Jaitley on Monday said that future of Goods & Services Tax (GST) might limit the slabs to just three – 0 per cent, 5 per centand standard rate. He also suggested drawing a roadmap to merge two standard rates into one.

“The country should eventually have a GST which will have only slabs of zero, five per cent and standard rate with luxury and sin goods as an exception,” Jaitley said in a blog titled ‘Eighteen Months of the GST.’

He also mentioned that a future roadmap could well be to work towards a single standard rate instead of two standard rates of 12 per cent and 18 per cent. “It could be a rate at some mid-point between the two. Obviously, this will take some reasonable time when the tax will rise significantly,” he said, while adding that with the GST transformation completed, the Government is close to completing the first set of rates of rationalisation, that is, phasing out the 28 per cent slab except in luxury and sin goods.

He said that the Government faced situation with a large number of commodities being taxed heavily in the pre-GST regime. Goods with 31 per cent tax were brought to 28 per cent slab. With increase in revenue, rates are being cut further. Barring tobacco products, luxury vehicles, molasses, air-conditioners, aerated water, large TVs, and dish washers, all 28 items have been transferred from 28 per cent slab to 18 per cent and 12 per cent slabs.

“Our next priority will be to transfer cement into a lower slab. All other building materials have already been transferred from 28% to 18% and 12%. The sun is setting on the 28% slab,” he said.

Restaurants are being levied a tax compounded under the composition of turnover at 5 per cent. Assessees with turnover upto₹20 lakh are exempted from tax payment. Assessees up to ₹1 crore turnover can get a composition by paying 1 per cent tax.

The composition scheme for small service tax assessees is under consideration. Cinema tickets tax, between 35 per cent and 110 per cent, has been brought down to 12 per cent and 18 per cent. The GST has helped in controlling inflation. Evasion has also come down.

Jaitley claimed that lower rate of taxes, increased tax base, higher collections, ease of trade and least interface in assessments with a significant part of the tax rationalisation over, the growth percentage in the years to come will increase. “The transformation has been done over a period of 18 months. Any abrupt transformation could have been either detrimental to revenue or to trade,” he said.

The GST Counsil has had 31 meetings. It is India’s first experiment with the federal institution. It is a body that has behaved with utmost responsibility. Several thousand decisions, including legislative drafting, rules drafting, notifications, fixing initial rates and rationalising rates have all been taken unanimously with consensus. “The political noise outside is inconsistent with the harmony inside the Council,” he said.

The Finance Minister also used this blog to take a dig on Congress President’s remarks for capping the GST to 18 per cent. “Those who oppressed India with a 31% indirect tax and consistently belittled the GST must seriously introspect. Irresponsible politics and irresponsible economics is only a race to the bottom,” he said