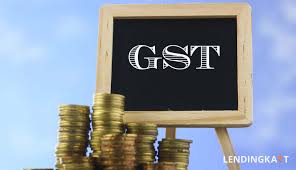 Slowly but steadily, India is making the move towards a less flawed system of implementation. Lower tax rates will ensure wider coverage

The 31st Goods and Services Tax (GST) council meet on December 22, 2018, undertook some sweeping changes. Most important of all, tax slabs for more than 30 items were slashed, thereby making them cheaper. Barring tobacco products, luxury vehicles, molasses, air conditioners, aerated water, big televisions, dish washers among others, were transferred from the 28 per cent slab to 18 per cent and 12 per cent slabs. Changes will come into effect from January 1, 2019. Only 28 luxury or sin items will now remain in the highest 28 per cent bracket. Indeed, the Government has taken a significant move as 183 goods will now fall in the 0 per cent category; 308 items will be taxed at five per cent; 178 in the 12 per cent category; and 517 goods will fall under the 18 per cent bracket. Naysayers, who had predicted that GST would be inflationary during its initial years, had to eat humble pie. From a pre-GST tax rate as large as between 28 and 31 per cent, post the Modi Government’s path-breaking GST move, 1,186 goods — comprising 97.69 per cent of the 1,214 goods widely used — will now be taxed at 18 per cent or below. Certainly, this is the biggest middle class friendly move taken by any Government in post-independent India.

Hence, while Congress chief Rahul Gandhi and his coterie of sycophants can keep vacillating between false bravado and sheer desperation, it’s time for his party to stop playing the ‘martyr’ and blaming the BJP for ‘snatching’ their idea. An idea after all is only as good as its execution. Also, those, who accuse the Government of shifting goal posts, would do well to note that both the International Monetary Fund and the World Bank have, in no uncertain terms, commended the Modi Government’s GST move. They said that while most countries have taken a few years to see GST stabilise, given its post-execution complexities, the pace of seamless transition in India has been much faster. This, of course, is borne out additionally by the fact that between April and November, Rs 91,149 crore worth of refunds were disbursed, more than 10 crore e-way was generated, over 11 crore returns were filed and over 352 crore invoices were processed. Over Rs 7.76 lakh crore worth taxes were collected in the first eight months of 2018 itself, with a monthly run rate in excess of Rs 97,000 crore.

Of more than 140 odd countries that have implemented GST — France being the first one to do so in 1954 — only 49 of them follow the one-tax slab module; around 28 countries have two-slab tax modules; and all others have modified/tweaked the GST structure to align it with their country’s specific needs. This essentially means that there is no need to follow an ‘all size fits one’ approach. One of the best thing about GST is that there are no hidden taxes. What one sees is what he/she gets. Efficiency gains, higher compliance, prevention of tax leakages, lower rates, wider base, export friendliness and tax neutrality have all brought down the overall tax burden for consumers and enhanced ease of doing business. Besides, of course, they have also made India’s fuel economy more competitive by eliminating the need for truckers to wait endlessly to pay octroi and entry taxes at inter-State checkposts.

In just one year, 105 per cent more two-wheelers and 42 per cent more cars and SUVs were registered in Mumbai as of April 2018 due to the elimination of a 4.5 per cent additional levy by way of octroi that was paid earlier on Mumbai-registered vehicles. According to RTO officials, a significant number of buyers prefers registering  vehicles outside Mumbai in far off Thane or Panvel to save costs. The amount thus saved ranges between Rs 3,000-Rs 5,000 for two-wheelers, Rs 18,000 on an average for a hatchback, to roughly Rs 60,000 for an SUV. But GST has made life all the more easier — there is no difference between registering a car within Mumbai or outside as one has to pay the same road tax and insurance across the Mumbai Metropolitan Region.

In November 2017, during its 23rd meeting in Guwahati, the GST Council reduced rates for all AC and non-AC restaurants from 18 to five per cent. Now only starred restaurants,  with a tariff of Rs 7,500 or more are being charged at 18 per cent. At its recent meet this month, the GST Council, among other concessions, announced its decision to exempt the 34 crore odd Jan Dhan accounts from taxes. The Modi Government’s clarion call of ‘Sabka Saath Sabka Vikas’ is not a mere platitude but a work ethic it truly abides by.