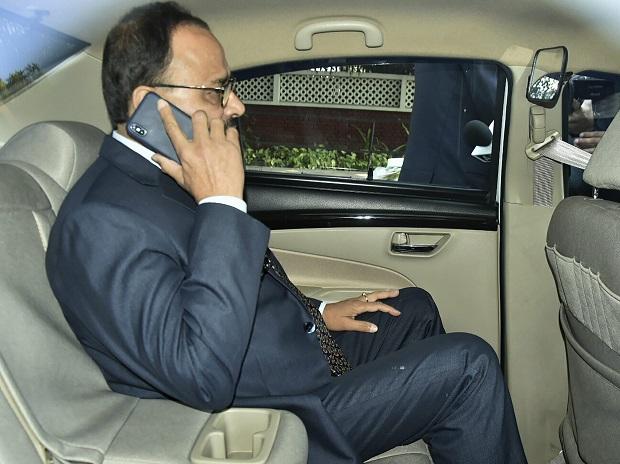 The high-level selection committee led by Prime Minister Narendra Modi has removed Alok Verma 48 hours after he was reinstated as director of the Central Bureau of Investigation (CBI) by the Supreme Court. The decision was taken on Thursday evening in a closed-door meeting that lasted three hours. According to sources, the panel took into account serious allegations flagged by the Central Vigilance Commission (CVC) in its report, which was being presented before the panel comprising Justice A K Sikri, besides Modi and Congress leader Mallikarjun Kharge. Sikri was appointed by Chief Justice of India Ranjan Gogoi as his representative. Read on…

Two million additional micro, small and medium enterprises (MSMEs) in India will become eligible to opt out of the goods and services tax (GST) system from the beginning of the next financial year, the GST Council decided on Thursday. The Council took a slew of measures for MSMEs by increasing the annual turnover threshold for exemption from GST registration to Rs 40 lakh from the current Rs 20 lakh, introducing a composition scheme for services, easing return filing procedures, and raising the composition threshold for traders and manufacturers. However, for services providers, the threshold remains the same at Rs 20 lakh. (Click here to read)

The country’s largest information technology (IT) services company, Tata Consultancy Services, earned its highest-ever net profit of Rs 8,105 crore in the seasonally weak third quarter (Q3) of 2018-19 (FY19). This was in line with market expectations, though revenue and operating margins missed consensus estimates narrowly. This is the first time TCS’s net income has crossed the Rs 8,000-crore mark. The Mumbai-headquartered company’s profit grew 24.1 per cent year on year (YoY) and 2.58 per cent sequentially.

Unemployment rose to a 4-year high during demonetisation: Govt survey

We are battle-ready for the 2019 Lok Sabha elections, says Facebook

The Lok Sabha (LS) polls this year could be one of the fiercely fought ever in Independent India’s history, and the battleground of the contest will as much be the nearly 1 million polling booths across the country as the world of social media. Facebook, the leading social media platform, believes it is battle-ready to face any tests and surprises India’s complex general elections, which are less than 90 days away, might throw at it.

Banking on the Supreme Court rulings on reservations in the past, private aided- and non-aided higher education institutions intend to weigh the legality of the Centre’s move to push for a 10 per cent quota for the economically weaker among the general category. On Wednesday, the central government presented the Constitution (One Hundred and Twenty Fourth Amendment) Bill, 2019, in the Rajya Sabha that provides reservation for economically weaker students among the general category, in higher educational institutions including private institutions, after the same was cleared in the Lok Sabha. The Rajya Sabha also passed it. It will become a law as soon as President Ram Nath Kovind signs it, and does not need ratification by state legislatures, ministers had said.

New Indian Army structures geared towards sudden and swift offensives into enemy territory by integrated battle groups (IBGs) will be war-gamed next month, and then physically validated in exercises on the ground in May, announced the Indian Army Chief, General Bipin Rawat, on Thursday.

Ahead of the 2019 general election, the Union government is reportedly considering income support for farmers to alleviate agricultural distress and, ultimately, secure the rural vote, according to a Livemint report. A new research paper Moizza Binat Sar of the Overseas Development Institute, a UK-based think tank, suggests that such a cash-transfer initiative could be a big vote-winner.

Alok Verma, reinstated as CBI director by the Supreme Court barely 48 hours ago, was removed from his position this evening by a committee led by the Prime Minister Narendra Modi, according to a The Economic Times report. Charges of corruption against Verma were found with merit, prima facie, according to sources

Apples to be imported from Germany for the first time