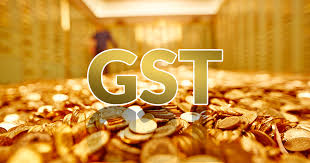 New Delhi: Amid the buzz surrounding a fresh Goods and Services Tax (GST) rate hike being planned by the GST Council, Central Board of Indirect Taxes and Customs (CBIC) Chairman Vivek Johri has said that some items that are viewed as sin goods already have seen GST rates going up to a point where no room is left for any further taxation.
Sin taxes are generally levied for public health purposes on products such as alcohol and cigarettes. These higher taxes are aimed at discouraging the consumption of such products by making them unaffordable for the public.
Despite sin taxes, the consumption of tobacco, alcohol and similar products has shown a continued rise annually. CBIC Chairman Joshi, speaking at an event organized by industry body FICCI’s Committee Against Smuggling and Counterfeiting Activities Destroying the Economy (CASCADE), added that the Centre is taking a holistic approach to taxation, keeping in mind the public good along with maintaining revenue buoyancy.
Pointing out that CBIC is moving aggressively against all forms of illicit trade, Johri said, “In 2021-22, we seized 92,000 kg of narcotics worth Rs 17,400 crore, during this period, we also seized 14 crore cigarette sticks.”
Future GST collections
Johri expressed that going forward GST collections are expected to bring in Rs 1.3-1.35 lakh crore on a monthly basis in the current fiscal. The revenue predictions are a tad lower owing to the customs side remaining under pressure due to rising commodity prices.
“Global and inflationary headwinds will have a continued pressure on our revenues but I am hopeful that we will be able to deal with them in the year. As GST completes 5 years, we are very clear on reducing abuse of the tax system and improving the tax compliance for taxpayers,” he stressed.
Further, the body is working out ways to eliminate wrong-doers and improve the system for genuine taxpayers.
SOURCE:https://www.timesnownews.com/business-economy/economy/gst-rate-hike-cbic-chairman-says-gst-on-some-sin-goods-such-that-it-cant-be-hiked-further-article-91521307