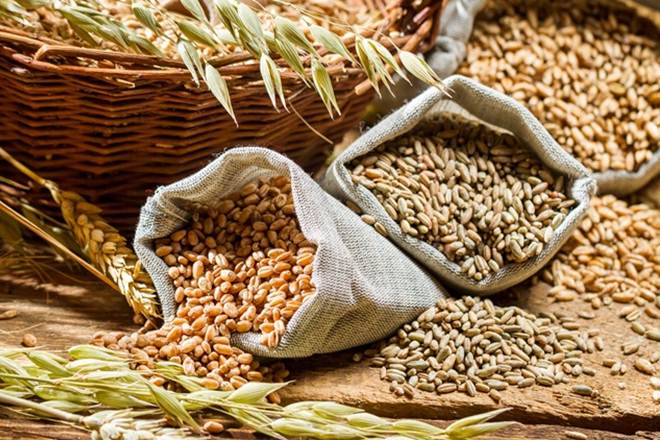 The goods and services tax (GST) has drastically reduced the tax rates on purchase of foodgrains in the country, besides correcting the wide disparities in the tax incidences among major grain-producing states. The development would reduce the tax burden on the state-run Food Corporation of India, the operations of which are funded out of the Centre’s subsidy budget. Also, procurers including private traders are now finding it easier to do business with grain-surplus states as tax liability is no longer a determinant of their market decisions. Earlier, taxes played a major role and affected traders’ purchase preferences. For example, even as Punjab has been one of the largest producers of wheat and often produced the grain in surplus quantities, private traders used to procure the grain from Uttar Pradesh, where the taxes were much lower. Such market-distorting tax disparities no longer exist under the GST regime. While VAT and assorted cesses are subsumed in GST (which is levied at zero on grain purchases), only some small levies like market fee, rural development fee and arthia or societies’ commissions are now paid by grain buyers.
In Andhra Pradesh, for instance, the incidence of taxes and other imposts on rice procurement is 3.12% now, compared with the pre-GST level of 13.12%. The southern state, which procures rice for central pool stocks, used to impose value-added tax (VAT) and rural development fee of 5% each on the grain purchase price, which had be discontinued under GST. Similarly, in Punjab, the taxes on rice and wheat purchases have declined from 14.5% to 6.5% while for Haryana the taxes have declined to 6.5% from earlier 11.5%. And in Madhya Pradesh, one of the key contributor to central pool wheat stocks, the taxes on grain purchase by both government and private agencies have come down to 4.32% from 9.32%.
source:
http://www.financialexpress.com/economy/gst-impact-on-food-grains-it-is-win-win-win-situation-for-traders-fci-and-centre/795051/ 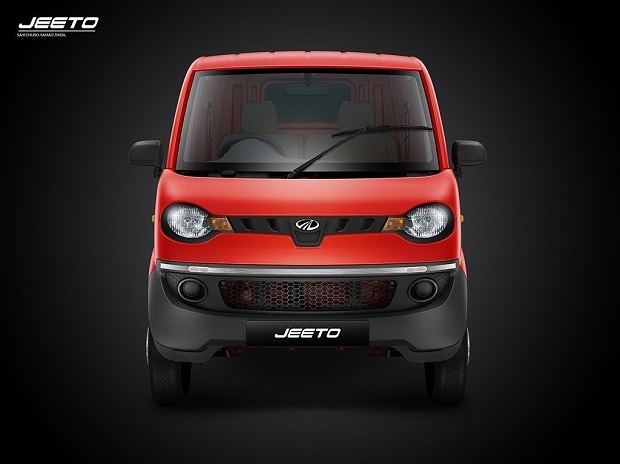 Mahindra & Mahindra (M&M) said its consolidated net profit declined 11.75 per cent in the April-June quarter to Rs 768 crore from Rs 870 crore in the same period last year. The company claimed to have taken a hit of Rs 94 crore on profit after tax for transitioning to the goods and services tax (GST) regime.

Revenue rose about five per cent to Rs 11,094 crore in the quarter.

“The auto industry saw an impact of the GST transition with the passenger vehicles sales being adversely impacted in anticipation of a price reduction and reporting a nominal growth of 4.4 percent,” said Pawan Goenka, managing director, M&M. The new tax also affected company’s earnings before interest, taxes, depreciation and amortisation (Ebitda), which slipped 2.87 per cent to Rs 1,454 crore in Q1. The Ebitda margins stood at 12.7 per cent.
source:
http://www.business-standard.com/article/companies/gst-transition-low-sales-dent-m-m-s-profit-117080500180_1.html 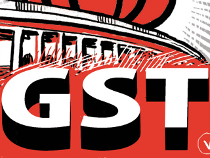 MUMBAI: One month after the introduction of GST, traders in Mumbai are still finding their way around computation of taxes for various items. Restaurant owners report a loss of business as diners are shocked to see levy of 18% on food and have started to avoid eating out.
Kishore Shah, the owner of Jyoti Steel in Girgaum, says it took days to procure a registration number, the chartered accountants were so busy. “I rang six or seven times and some of them were brusque in their replies because they were burdened beyond capacity. Once the computation was settled, and we understood how to undertake the billing procedure, the situation improved.”
Another trader in Kalbadevi said, “The tax rate on the steel industry has risen marginally from 17.5% to 18% so the load is not too heavy. In fact we are pleased that the excise component has been removed with the introduction of this new tax. We faced several problems dealing with excise officials.”
source:
http://timesofindia.indiatimes.com/city/mumbai/trader-community-tries-to-negotiate-pitfalls-of-gst/articleshow/59919844.cms 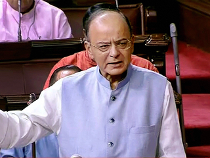 NEW DELHI: Finance Minister Arun Jaitley today indicated that there could be scope for rationalisation of rates under the Goods and Services Tax (GST) as its implementation progresses.

NEW DELHI: A finance ministry officer, who recently moved to the Capital from overseas, couldn’t have asked for a better time to relocate to India. Thanks to the deals on offer ahead of the launch of the goods and services tax (GST), the officer has stocked up on the latest appliances and gadgets.

Across the officer’s room in the corridors of North Block is located the office of the Central Board of Excise and Customs. There is a sense of relief among its top officials after weeks o .. 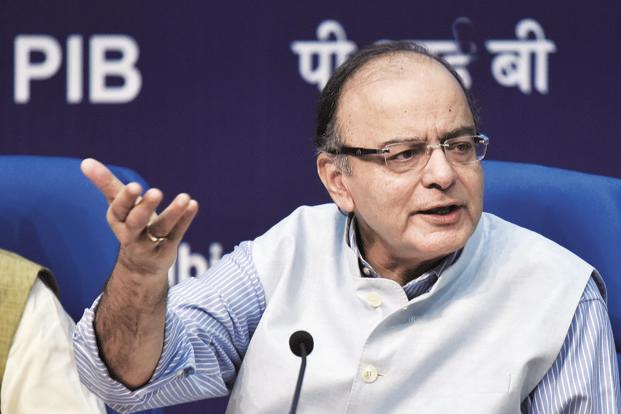 New Delhi: The GST Council is set to make it easier for businesses and traders to transport goods in the new indirect tax regime by easing the requirement of electronic permits needed for it.

A GST Council meeting on Saturday will consider a proposal to exempt goods consignments of up to Rs1 lakh in value from the requirement of obtaining permits called e-way bills, according to a person with knowledge of the matter, who spoke on condition of anonymity.

This is a major relaxation in the threshold from the level of Rs50,000 proposed in the draft e-way bill rules the GST Council had circulated earlier among states.

The revision is being considered in view of suggestions received from states, traders and transporters, said the person cited above.

However, those shipping goods below the revised threshold may still voluntarily secure e-way bills if they wish.

E-way bills, when implemented, will help central and state tax authorities to keep an eye on factory output and inter-state commerce and provide data relating to consumption of goods, which is useful in policy making.

State governments and Union territories have already dismantled the border checkposts operated by indirect tax administrations, reducing the time needed for the movement of goods across states.

E-way bill rules and the finer aspects of implementing the anti-profiteering mechanism are the two remaining legislative tasks before the GST Council, besides deciding on the representations received from the industry on tax rates.

Finance minister Arun Jaitley had on Tuesday said in Parliament that the council will regularly meet every month to “see where the shoe pinches”.

The federal tax body chaired by Jaitley, which has representatives from states and Union territories with their own legislatures, is expected to make changes in the tax rates of some commodities on Saturday.

Pratik Jain, partner and leader of the indirect tax practice at PwC India, said services are at present not included in the composition scheme meant to reduce the compliance burden of small traders, manufacturers and restaurants. Under this scheme, these entities with total annual sales of Rs75 lakh could pay 0.5-2.5% GST on their total sales without tax credits.

“The GST Council could consider including small service providers under the composition scheme,” said Jain.

The rollout of GST so far has not seen any large disruption but the robustness of the technology infrastructure supporting the tax reform is expected to be tested in September, when businesses and traders will file their monthly return for July.

Finance minister Jaitley said on Tuesday that 7.2 million of the 8 million indirect tax assessees under the earlier tax system have migrated to GST, while 1.3 million new taxpayers have also signed up under the new indirect tax system, indicating the tax base is set to widen significantly by the end of the year.
source: http://www.livemint.com/Politics/Sgs5PJXekx9btJtRj2tA4N/GST-Council-may-finalise-eway-rules-fix-anomalies-tomorrow.html 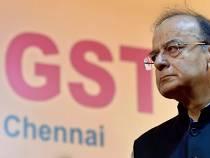 There were “significant disruptions” of supplies in the three months ended June and lost sales will be recouped in the next couple of quarters, said Mithun K. Chittilappilly, managing director of electrical products manufacturer V-Guard. Marico, which makes Parachute hair .. 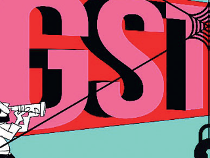 MUMBAI: If you aren’t getting your company-branded writing pads or pens, blame the scarcity on the Goods and Services Tax (GST).

For tax advisors and in-house finance teams, dealing with vendors that supply pens, writing pads, pencils, staplers, and printing paper-rolls has turned out to be a major challenge after the national rollout of the single producer levy.

Tax rates and codes for most stationery items are now different. 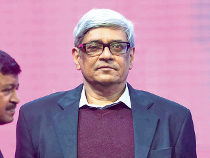 NEW DELHI: India is a long way off from the ideal GST structure and it may not get there anytime in the near future, says NITI Aayog Member Bibek Debroy, who favours three rates.

While asserting that the move towards the Goods and Services Tax (GST) was a good one, Debroy says it would have been much better if it had lesser number of tax rates.

“My view — for which the government is slightly upset with me — is that we should not have been here (the current GST) but we .. 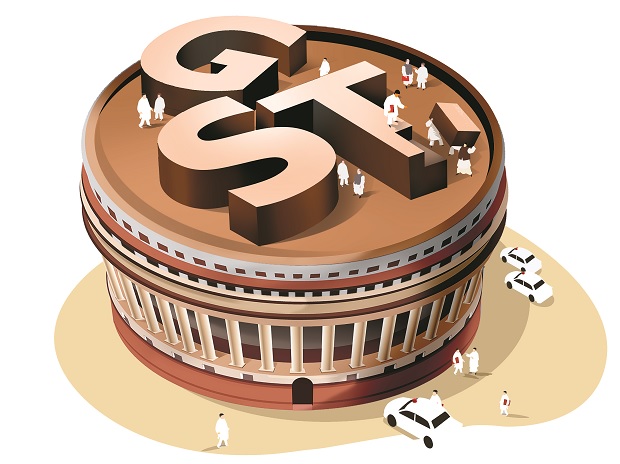 As many as 2.7 million of the 7.1 million who were assessed under the pre-goods and services tax (GST) system and have activated their accounts on the latter portal, are yet to complete the entire enrollment process.

As a result, they are yet to file returns, said GST Network, the body handling the system’s information technology backbone.

“If you have activated your provisional ID for migrating to GST but not completed all the enrolment formalities, you might be heading for a dead end at the time of filing GST returns,” GSTN said.

After the initial process of activation of the provisional ID, a taxpayer has to fill Part-B of the enrolment form at the GST portal, providing relevant information regarding the business, including the authorised signatory. Submission of the completed form with digital signature certificate or electronic verification code entitles the taxpayer to the final registration certificate. About 4.4 million have completed the entire process, of the 7.1 million.

Failure to do so will lead to cancellation of the provisional ID after the statutory three months, GSTN said. “Though the law allows enrolled taxpayers three months to submit Part-B, they should not wait until the last moment to complete this formality. In fact, they need to hurry, as they will be able to file their returns only after they have submitted the completed form,” it said.

“The deadline for filing the first return, GSTR-3B, is August 20. Those who fail to submit the enrollment form with completed Part-B before this date will not be allowed by the IT system to file this return,” said Navin Kumar, GSTN chairman.
Source: http://www.business-standard.com/article/economy-policy/2-7-mn-assessees-yet-to-fully-migrate-to-gst-portal-117080201515_1.html